The latest news in the world of video games at Attack of the Fanboy
June 8th, 2013 by William Schwartz 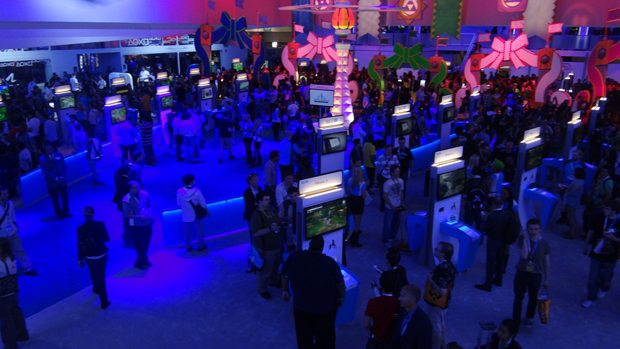 E3 2013 is rapidly approaching. It’s an exciting time for gamers, especially those that are lucky enough to head to Los Angeles to journey into the belly of the beast. Yes, once again, Attack of the Fanboy will be heading to E3 to “cover” the show. I put that in quotation marks because if previous trips to the convention have taught me anything, it’s that E3 is especially trying for independent, undercapitalized websites who make the journey.

Most of us do it for the general love of gaming. Since ad revenues for running a website are pretty much zero, we go because we can. We go because we want to see the latest and greatest with our own two eyes, and we want to tell our readers about it. It’s eye-opening, E3. Large corporate owned websites have seemingly unlimited resources at the convention, stocked with teams of reporters, video makers, extravagant interview sets, and the all-important access to every nook and cranny of the show floor.

For the little guy, like us and the many indie sites that make the trip, it’s much harder to get content out to our readers in a timely fashion. Reporting anything from the show floor is a trying task. Press are relegated to a tiny room in the corner of the convention center, with spotty, sometimes non-existent access to free Wi-Fi. So let me tell you about how we plan to cover E3 this year.

First the good news. Those taking the time to read this are likely the very same people that come to our site on a daily basis, interact with the community, and keep us coming back to churn out those awkwardly titled posts you so crave…or not. We thank you, first and foremost. I started this site to basically be an open forum for passionate gaming enthusiasts, and you guys are fantastic. I even sense a level of comradery growing between some of you. Except facts, boy that guy is a troll :p So instead of focusing on trying to get the latest trailers and screenshots out minutes after it’s been made available to press, this year I’m going to focus on previews, social media, and Vines. At this point, I can’t even promise that those will be timely, but they will arrive. And of course, when we’ve got access to the internet at the show, we’ll be playing catch-up with the latest media released to the press.

Beginning on Sunday, you’ll be able to find all available press conferences right here on Attack of the Fanboy. Starting with Call of Duty: Ghosts and ending with Sony’s PlayStation Press Event, you can watch things as they unfold. Hopefully you will, as we’ve been told that our second hand streams hold up better than some that are being bombarded by millions of people. We hope that you discuss what’s going on as well. The Disqus comment system that we implemented last year updates in real time, so you can converse with each other rather seamlessly. There will be a page coming after this post that outlines all of our E3 plans, links to conferences, who we’re meeting with etc.

The other good news is that with our site having been around for a few years now, we’ve got appointments with all the major publishers and developers, and preview content should be great. If anything, I’m excited about that.

So, the bad news. Content will be slim on Tuesday, Wednesday, and Thursday. I’d love to promise you that we’ll have a ton for you to discus, but I just don’t see that happening. It’s a one-man show this year, and any delusions of being able to cover E3 in any meaningful fashion with one person have long since faded from my feeble brain. So I’ve got to hedge my bets, and if you want to see what we’re up to at the show, you’ll need to be following us on social media, namely Twitter and Vine. If that’s too much trouble for you, I’m working on implementing our Twitter stream into the home page so that you can stay abreast with what I’m eating for lunch. And feel free to share these social media posts with your friends, it’s easy I swear. Update: I’ve finished an internal live blogging solution for our site, so along with Twitter or Vine, you can find our E3 2013 Live Blog Here.

There’s really not much bad news about going to E3. Ask any grizzled E3 veteran about going to show, and they’ll likely tell you tales of long lines and sweaty journos hopping from appointment to appointment in a video game free base frenzy. But there are much worse things to be doing with a work week in June, so we’ll leave it at the fact that I’m anticipating less coverage next week, even less than our spotty usual hodgepodge of news releases. But do tune-in for press conferences and previews to follow. We’ll publish as we can, and you can follow on social media for imagery and video from the show floor.

Oh yeah, one final request. There are many sites just like ours, that are going out to E3 on their own dime to cover video games in earnest. Read their stuff, click their links, and dare I say visit their advertisers. They’ll be putting in an extraordinary amount of work to bring you content from the show floor. Support them, they are gamers the same as you. They just don’t write for a corporation, and likely put up thousands of dollars just to be there. Some of my favorite independent sites to visit during E3: Fronttowardsgamer.com , STFU&Play.com, and others who work with a very limited staff. There are a ton of others, actually. I just couldn’t think of any more off the top of my head, my brain has been damaged by all this always online used game talk.

Hopefully it will recover by Monday.