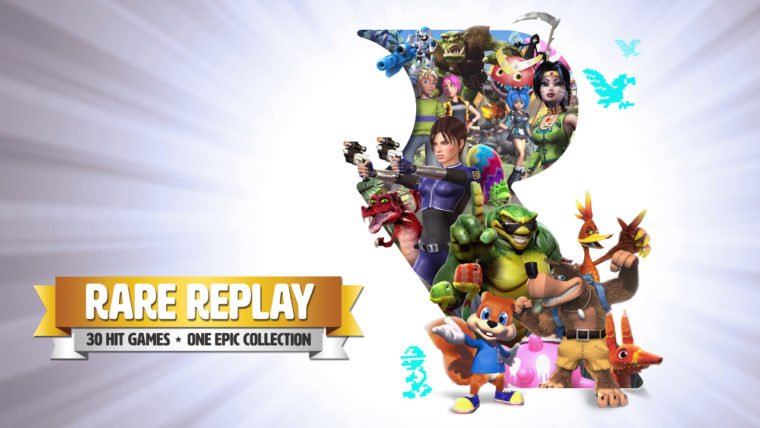 Rare Replay, which was announced at this week’s E3 conference, is the company’s way of celebrating 30 years worth of game making. Containing 30 of Rare’s best games, the collection is jam packed with content. Just how much was pretty shocking though.

At E3 I got to sit down and check out Rare Replay alongside Lead Producer Adam Park and Lead Designer Paul Collins, who went into some details that weren’t shared at the announcement. One of those was that someone at Rare had actually sat down and tallied up the cost if one were to try to buy all of the games in the set, as well as the gaming systems needed to play them. By his calculations the set totals to around $1700 worth of content from across six generations of consoles.

This is even more astounding given the fact that Rare Replay is priced at only $30, which obviously equates to just $1 per game. And these aren’t just “a set of executables” as Adam Park put it. Instead the game aims to feel like a Collector’s Edition of sorts.

The team had to choose from 100+ Rare titles to find the 30 to include. While they “aren’t egotistical enough to know who Rare are”, as Park put it, because they “covered such a breadth of generations, you’ll know one of these games. One of these games will have been a formative moment within your gaming life. So, we think there’s something there for everyone.”

Each title in Rare Replay is lovingly represented in this collection. The 2D papercraft menus shift to match the tone of the game, and there are a couple of viewing modes, such as the CRT filter which gives the game that extra nostalgic push. Rare took great strides to preserve all of these games, which as Park mentioned is not something that we do well.

“As a culture we are not very good at sharing games,” said Park. “We do it with films, we do it with music, we do it with all manner of things. Whereas when it comes to games, they happen and they are quite ephemeral of their day. And we wanted people, like Dads to sit down and play the games with their kids that they loved.”

However, those Dads won’t have had to keep their gaming skills up to date to enjoy everything contained in Rare Replay. The team recognizes that older titles had a much higher difficulty, which might deter modern players from trying out some new things. So the team has included a few optional cheats that can make things easier. One that was demoed was a Prince of Persia style time rewind mechanic, that lets you erase mistakes and try again. And of course there are full save states so you can jump back into the game right where you left off, or reset if you end up in a bad place.

Alongside the 30 full games included in Rare Replay come some “snapshot challenges”, which take specific areas of the title and present them as special mini-games. The one that everyone has been talking about is the Battletoads Infinite Turbo Tunnel challenge. Here they took one of the hardest levels in gaming history and made it literally go on forever. One fan at the expo ended up setting a new record, which ended up starting a rivalry that resulted in him surviving for 30 minutes.

All of this just touches on the content inside of Rare Replay. Players can also unlock exclusive behind the scenes videos that delve into the making of some of these classic games. 90 minutes of footage is included, that contain interviews with developers and more. Rare actually had a dedicated team of 4-5 people working on these videos for the last 7 months.

And, of course there is the 10,000 Gamerscore that players can earn. These are split up between all of the games, so you’ll have to really dive into Rare Replay to get the most out of it.