Hands on with the visually stunning racer on PS4: Drive Club

The latest news in the world of video games at Attack of the Fanboy
June 12th, 2013 by William Schwartz 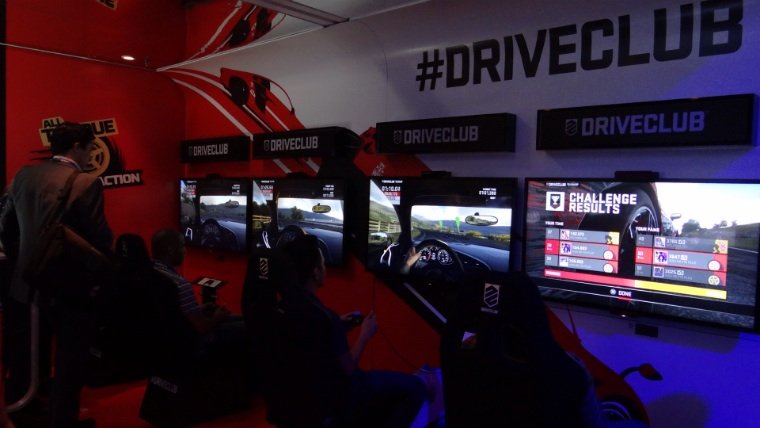 Drive Club is Sony’s first big racer for the PlayStation 4. It’ll arrive at launch, and the title will be one of the games that PlayStation Plus subscribers will get with their subscription. Touted as a beautiful, social racer with genuine details that racing lovers are sure to embrace.

We got a chance to go hands on with the upcoming racer at E3 2013, and the game certainly lives up to the next-gen hype as far as visuals go. While it’s always hard to take in the scenery in racing games because of its zooming past you at 100mph, Drive Club is an instantly noticeable improvement over current-gen racing titles.

Drive Club plays loose and fast, reminiscent of Microsoft’s Project Gotham Racing series, and it’s got plenty of similarities in it’s ghost challenge system and car club features. It’s certainly not the simulation style racer that Gran Turismo 6 is, and doesn’t feel like its even a competitor to Microsoft’s Forza Motorsport 5 because of its more arcade-like feel.

In our demo, we used the PlayStation Eye to compete against a local network of players. Each player was identified with a real picture taken by the eye. Times, Drifts, Cornering, and Top speed challenges were littered across the track, and we were competing with all of the other times set for the day in the game. It was slice of the social elements that have been touted in Drive Club. As it was explained to me, players look to gain “Fame” by completing these challenges against real world players, adding to an overall score for your car club.

The overall feeling I got from Drive Club is that Sony’s first racer for the PS4 will be a more casual experience. That’s not necessarily a bad thing, but those looking for the depth and feel of the Gran Turismo series, likely won’t find it here.

Home / E3 / Hands on with the visually stunning racer on PS4: Drive Club