Hitman Sniper Is A True To Form Hitman Game 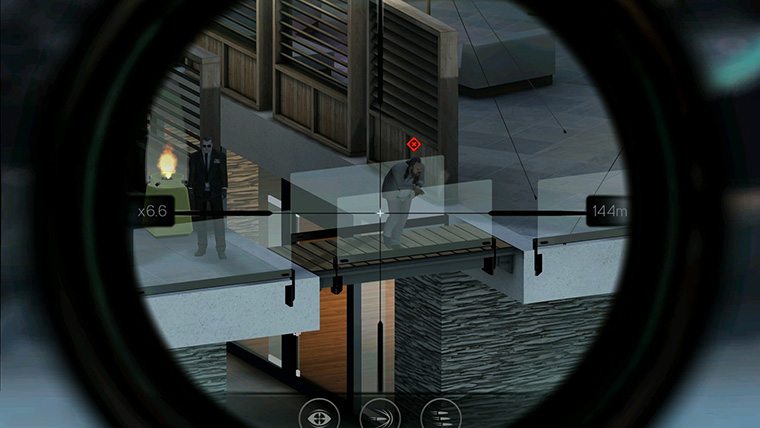 During this year’s E3 we got to check out Square-Enix Montreal’s next upcoming mobile title based on the Hitman franchise titled Hitman Sniper. Square-Enix is riding the great feedback from Hitman GO the franchise’s first mobile Hitman title. Unlike its predecessor Hitman Sniper will be completely Free-To-Play.

Even though that Hitman Sniper is on mobile platforms it reminds me a lot of the Hitman Sniper Challenge that inspires it. Slow-motion shots, leaderboards, points system and ragdoll physics make the Hitman fanboy inside of me squee with glee. Each mission has a target that you can take out for a quick mission end but the key is to examine your surroundings and gain points and bonuses by shooting secrets, carefully timing your shots to hide bodies or make various kills look like accidents.

As you progress more primary targets will be in each mission for up to seven to eight marks per mission. The full game will have around one-hundred and fifty missions (150). Upon elimination of the primary target the player enters extraction mode which triggers a countdown timer which allows for additional kills to be performed for cleanup and additional points. Certain weapons even earn you bonus points for kills made during extraction. Instinct mode can be triggered and allows you to see in dark areas or behind some walls. Bullet penetration exists

The controls are pretty easy to maneuver on the iPad and have a simple ‘hold breath’ button and has little warnings to tap if guards or other NPC’s become aware of your presence to quickly look at them and hopefully take them out before they alert the area. Supersonic rounds can be loaded into your gun if equipped which allow for instant kills so you don’t have to wait for the bullet to travel to the target which requires no lead for a kill-shot. Reloading can be a chore with a ‘Gears Of War’ type of reload system that requires a few swipes to master and failing has Agent 47 taking a little longer than normal to reload, wasting precious time.

Those worried about a shortage of weaponry, don’t. The game has a wide array of sniper rifles and each can be customized. The more you utilize each weapon the more you unlock new abilities such as the previously mentioned supersonic rounds and instinct. The end of mission tally screen also has a mini-game of roulette that gives you a spin for each mark you kill. Although the game is free-to-play we were told that there is paid content which will allow users to purchase for fast access to all weapons and abilities which can also be obtained through normal playing.

All in all, Hitman Sniper looks to be a wonderful addition to the mobile market and any Hitman fans list of titles. The free-to-play nature is wonderful and has a lot of missions that will hopefully add variety and replay value until the next-gen version of Hitman finally arrives. Hitman Sniper is set to release later this fall on iOS and soon after that on Android.