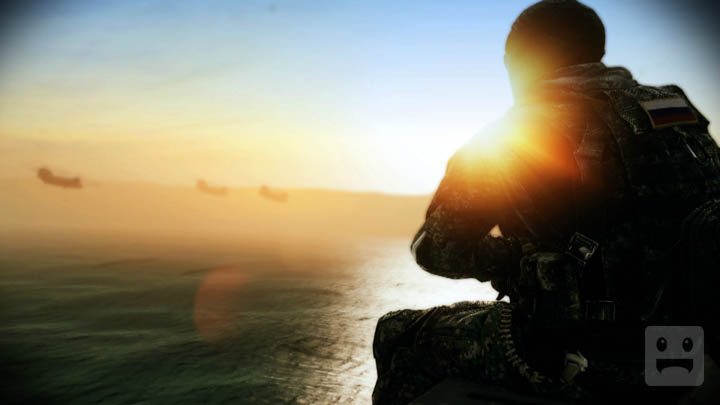 EA’s try-hard approach to taking on the Call of Duty franchise has been most evident in the last few years. Last year, the company took on the Call of Duty juggernaut with one their biggest franchises in Battlefield 3. This year, it’ll be Danger Close’s Medal of Honor: Warfighter that gets a crack at the title, and it might be better geared to take on the most popular first person shooter in the industry.

We got a chance to go hands-on with the Medal of Honor: Warfighter demo at E3 2012. Thankfully, multiplayer was featured behind closed doors on the show floor and gave us a good look at what to expect from the shooter that’s due to arrive this fall. Danger Close has gone in a completely different direction than 2010’s iteration. While the game seems to have the same authentic military feel that the franchise is known for, it definitely tries to emulate some of the features that make Call of Duty so popular. Powered by the more modern Frostbite 2 game engine, and a world deeply seeded in reality, Medal of Honor: Warfighter definitely has a lot going for it.

Medal of Honor has a brand new feature in multiplayer that will make your class selection and team play much more interesting. They call it fireteams. In the real world, operators split up into teams, and work together to feel connected with their combat buddies even without having them in direct sight. Danger Close has integrated this connection into the game, so that you’ll be able to choose a fireteam buddy and track him from any distance, in any situation. When the game launches later this year, you can select your own fireteam buddy. For E3’s demo, we were paired with others in the group play session.

The real benefits to this grouping are that when your fireteam buddy goes down, you can stay out of sight and they’ll be able to respawn directly on your six. Or, if you’re the more agressive type, you can hunt down the enemy who killed your buddy, and they can respawn without any additional wait. The game is also layered somewhat differently than others in its class based system. Six in all, each class offers different weapons and perk sets that can appeal to different players and playstyles.

Australian Pointman – Known for surprise and speed. Equipped with an assault rifle, the Pointman also carries a magazine of “Heavy Hitter” ammunition. These do 20% more damage than normal when loaded. He can also call in an air burst mortar strike.

Canadian JTF2 Heavy Gunner – Fire superiority. Accels at supression tactics, covering fire, and support for their teammates. Using the m249 light machine gun, they can take a supportive prone stance and lay down powerful covering fire with increased accuracy at any time. They can also use a Blackhawk support action that allows players to instantly respawn at any strategic location.

US OG Spec Ops Unit – Quickest and Most adaptive class – Has the ability to see the development of enemies movements and strike quickly. Outfitted with the personal HK MP7 they also have the ability to call in the A10 strafe air support.

Danger Close says that there are 72 Operators to unlock, plus a weapons customization system that offers countless combinations, and a weapon personalization system in the full game. The map we played was on the coast of Somalia, where we played a game mode very similar to Conquest called “Sector Control”.  Here we were tasked with capturing and holding three control points, while the enemy team had an identical objective.

There really are some interesting facets to the gameplay in Medal of Honor: Warfighter that definitely set it apart from other shooters.  More importantly, that set it apart from the Call of Duty franchise.  The loadout and fireteam elements add layers of strategy to the game in deeper and more meaningful ways than the same basic content does in the Call of Duty franchise.  It also gives Danger Close a more difficult job of balancing these new gameplay features, so that when the final game releases, we don’t see an influx of super combinations that are overly matched to everything else.

In the demo, it’s hard to tell if that’ll be the case or not.  Using a handful of the classes, you can tell immediately that your contributions have a big impact on the field of play, especially so in the control point game mode that we were playing.  Calling in spawn points and site clearing arial attacks was definitely something that felt more tactical, than it does in Call of Duty.  In fact, it felt much more like Battlefield than it did Call of Duty in that respect.   Fire teams is an interesting mechanic, that with some time and practice, could become an interesting twist.  In this short demo, things quickly regressed as the chaos of learning a new control scheme and communicating with a person you don’t know, superceeds any benefits that working as team afforded.

While the game probably still has alot of polish to be applied in the months leading up to release, Medal of Honor if anything looks extremely promising for shooter fans.  Another alternative to Call of Duty this fall, these new gameplay features will most likely resonate with a lot of shooter players.  That is of course, if Danger Close can really balance out these features across all of the game modes.  Which I have to note, we didn’t see.