Microsoft E3 Predictions And Wishes For Xbox One

The latest news in the world of video games at Attack of the Fanboy
June 7th, 2015 by Dean James 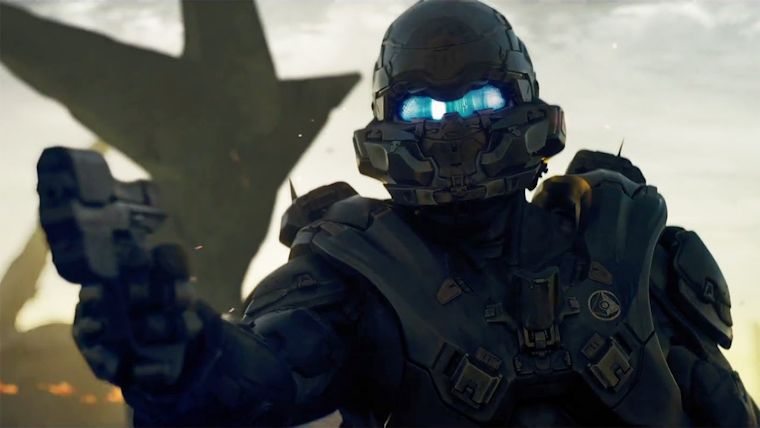 E3 is fast approaching which means it is the best time to start speculating about what we will see on display from Microsoft’s Xbox One E3 conference, full of various developers and publishers. There are many games that it is obvious will have a presence, such as the annual series like Assassin’s Creed and Call of Duty, but there are bound to be plenty of surprises as well through the big presentations like the Microsoft E3 conference. There are many games that are all but known to show up in the various conferences, but there is no doubt each will also have plenty of bombshells that nobody saw coming. As a result, it seemed fitting to put together a list of predictions for the various conferences, as well as some wishes from said conferences.

Of the main three of Microsoft, Sony, and Nintendo, Microsoft is up first on Monday morning, June 15. This is the first year that the show should almost completely be current-gen, so it will essentially be the Xbox One E3 conference this time. With plenty of known games we know of for later this year and speculation about a number of unannounced titles, Microsoft should have a big Xbox One E3 show this year and we are here to predict it.

The Halo franchise has been as synonymous with the Xbox brand as any other game by a far margin and that means that there is no bigger game release this holiday season for the Xbox One, if not all platforms, than Halo 5: Guardians. We’ve already seen a beta for Halo 5: Guardians back at the beginning of the year, but we’ve still yet to see really anything of the game’s campaign. The live action trailers have gotten us extremely pumped for the campaign that will be split between Master Chief and Locke, so Microsoft’s E3 Xbox One press conference will no doubt give us a glimpse at the bound to be epic story mode in Halo 5. It is also possible that they will announce a second beta at some point, though that is not as definite.

Rise of the Tomb Raider Trailer And Footage

Rise of the Tomb Raider is a little more tricky than say something like Halo 5: Guardians, as it is being published by Microsoft Studios but developed by Crystal Dynamics, a subsidiary of Square Enix. This means that the game will likely be a large focus during Square Enix’s own conference that is taking place a day after Microsoft’s Xbox One E3 showing. This could mean that the Microsoft conference will only get a story trailer or something, but I still think they will show off some footage, with Square Enix’s conference showing even more, similar to how Assassin’s Creed games have been handled between the big conferences and Ubisoft in past years.

The Forza series has definitely started to become one of Xbox’s biggest franchises, now almost seeming like an annual franchise between Forza Motorsport and Forza Horizon. Two years after the debut of 5 alongside the Xbox One’s launch, we are set to get Forza Motorsport 6. Both Motorsport 5 and Horizon 2 sported beautiful graphics that showed off what the Xbox One can do and I for one can’t wait to see just what improvements they’ve made all around this year beyond what we’ve already heard.

The Gear of War 1 Remaster is one of the worst kept secrets in gaming, complete with leaked video of the game from a beta test recently. Rumors swirled for awhile that we would get a full Gears of War collection for Xbox One, but instead we are only getting the first. Considering this, it will be interesting what they have added to make it worth getting just one game all over again and I’m sure Microsoft will detail all of this and give us a set release date during the conference.

Next Gears of War Reveal

While the first Gears of War Remaster is almost certainly coming later this year, the next entry in the Gears of War series should be slated for sometime in 2016. This means it is the perfect time for the newly named Coalition to finally show it off to get everyone hyped during the Xbox One E3 conference. This could just consist of a trailer, but it would be pretty amazing if we saw some gameplay. Also, it is very likely they reveal that this game will have a multiplayer beta exclusive to the aforementioned Gears of War 1 Remaster, as that seems to be the trend to help sell many Remastered titles.

Once one of the most promising young franchises in gaming after two amazing outings on the Nintendo 64, the Banjo-Kazooie series fell flat on its face upon Rare’s purchasing by Microsoft and the release of Banjo-Kazooie: Nuts & Bolts. Ever since then, fans of the series have been clamoring for something new and with Rare set to announce their first non-Kinect game in years during Microsoft’s Xbox One E3 conference, a Banjo-Threeie or the like would make so much sense. A large scale adventure in this universe would be wonderful and the recent Yooka-Laylee Kickstarter proves just how much people love this genre still.

Home / E3 / Microsoft E3 Predictions And Wishes For Xbox One