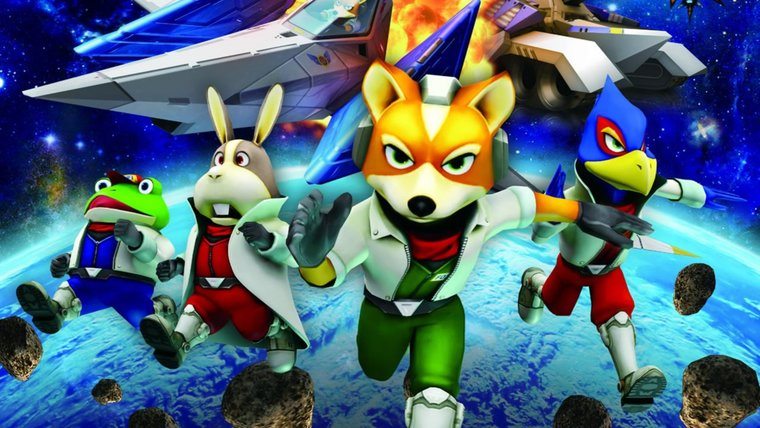 E3 is just about here finally and Nintendo definitely has definitely gone with a more unconventional approach in recent years. Following up on the big live conferences from Microsoft and Sony on Monday, Nintendo will stream a Digital Event on Tuesday morning.

Star Fox for Wii U has been in development for awhile, with discussion first popping up last year when it was revealed that Shigeru Miyamoto was working on a Star Fox game. Last we heard, Star Fox was said to be coming before The Legend of Zelda Wii U, which made many thing it might come in the early Fall period prior to the delay of Zelda. This could very well be the big Holiday game for Nintendo this year and a grand unveiling during the Digital Event, with it also available on the show floor after, would be absolutely fantastic.

Nintendo first debuted Mario Maker at E3 last year and most thought the game would have released by now. However, the game is still months away, but the promotion for the game is beginning. Best Buy is holding special Mario Maker events through Nintendo during E3 week and the game will have an even bigger showing during the Digital Event and on the show floor I’m sure. We will definitely see some more gameplay, but maybe we’ll be introduced to some new assets that can be used from prior Mario games as well.

After not providing much in the way of official Nintendo merchandise over the years, long time fans of the company were ecstatic upon the release of amiibo last November. Since then, the figures have become a phenomenon for better or worse and if the last Nintendo Direct is any indication, we will be seeing a lot of focus on them here. A release date announcement for at least Wave 5a is a definite, with Wave 5b getting dated very possible as well. Perhaps we could even see a few surprise amiibo sneak alongside the two in July, like we saw with Greninja and Jigglypuff last time.

The remaining characters in the Super Smash Bros. line of amiibo are no doubt coming, with the Super Mario amiibo line being more open ended. We already got the first group of characters, but there are bound to be more. In-game amiibo designs showed off classic Wario, Rosalina, and DK amiibo from this line, but we have yet to see them revealed. If Dark Pit and Palutena are indeed coming out by themselves from the Smash line in July, it could be a good chance we’ll see the second Super Mario line then as well, with the above three and maybe other fan favorites like Waluigi and Daisy.

Yoshi’s Woolly World is less than two weeks from releasing in other regions, but for some reason the US isn’t getting the game until sometime this Fall. This makes Nintendo’s strategy at E3 for this game harder to predict. They will likely still show a good bit here, perhaps including the amiibo integration that we’ve learned from Europe isn’t just for the Yarn Yoshi amiibo, but numerous other Smash Bros. and Splatoon ones as well.

Xenoblade Chronicles X is in an even weirder spot than the last game, as it has already released in Japan. Videos are everywhere online about the game and you could technically watch through the full story if you wanted. However, Nintendo needs to come out and show us something brand new with a full trailer that shows off the voice acting in the English version, which is something that has been held back for the most part thus far.