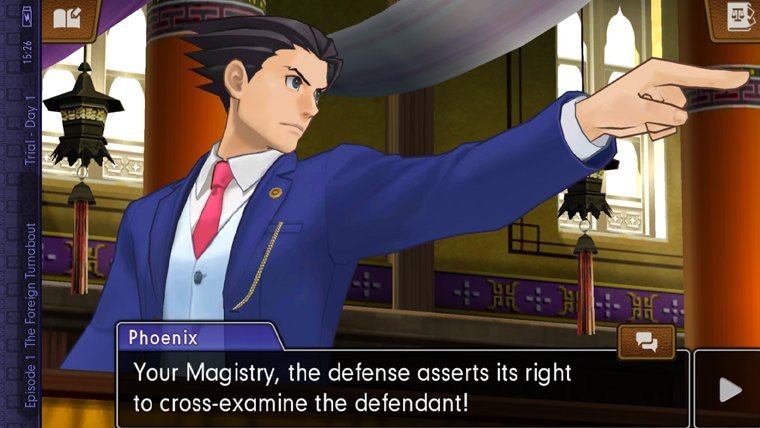 Capcom has released the sixth main entry of the popular Ace Attorney series on mobile platforms, with users of iOS and Android now getting the chance to solve a new set of mysteries in the kingdom of Khura’in. The game is offered as a single package on Android, while iOS users can download the first chapter for $0.99, and then purchase the ‘Main Story Set.’

This entry follows the adventures of defense attorney Phoenix Wright and his understudies Apollo Justice and Athena Cykes, who travel to the distant land of Khura’in to meet Phoenix’s former assistant and fan favourite Maya Fey. Once they arrive, they will get involved in a series of mysteries and trials that will put their lives in peril, as Khura’in has a special approach to justice that is different to anything they have seen back at home.

Despite the higher stakes, the game stays faithful to the fundamental structure of previous entries, with the game dividing each chapter in an investigation period, where players collect clues to help solve the mystery, and the trials, where they try to prove and defend their theories. This entry also allows players to investigate each location from different angles using the 3D navigation introduced in the previous entry.

A brand new element of the trials are the Divination Séances, particular figures of the Khura’in justice system that shows supposed memories of the crime, with players having to spot the incongruencies between each vision.

Phoenix Wright: Ace Attorney – Spirit of Justice is now available on the App Store and the Google Play Store.