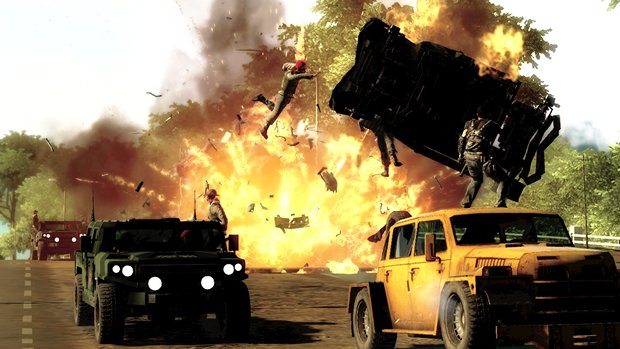 The last time we checked on the Aussie developers who are currently in the midst of creating a massive multiplayer mod for Just Cause 2, they were busy grappling from busted car to busted car, parachuting from flaming helicopters, and participating in all-around destructive hilarity. The good news is that they’re still busy doing all of those things, and the better news is that they’re beginning to open the beta to more and more players allowing for chaos by land, sea, and air to reach an unprecedented level.

The most recent video footage of the Just Cause 2 multiplayer beta features a reported 600 players playing simultaneously on the same island. That’s right. Imagine 600 Rico Rodriguez characters flying military jets and conducting high-speed chases with little regard for human life. The possibilities are endless.

The beta held over the weekend featured 10,000 players with an average of over 400 new players every hour and reportedly reached a peak server load of an astonishing 1300 players. For all news on this massive and chaotic endeavor, check out the official site for JC2-MP.

Just Cause 2
We're Looking For Contributors