The latest news in the world of video games at Attack of the Fanboy
January 22nd, 2016 by Dean James 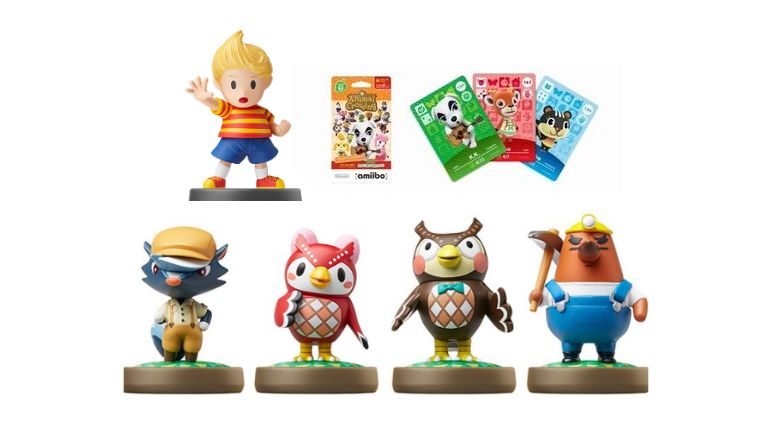 Two weeks ago brought us our first amiibo launch of the year with the release of the Shovel Knight amiibo, but now we have our first multiple amiibo release day of the year with Friday, January 22, so it seemed time for yet another amiibo Hunting Guide to help you in your search for the now released Lucas and the Animal Crossing Wave 2 amiibo figures and cards.

Unlike some of the past guides, this one comes a little later as stores have already opened in parts of the US at the time of this posting, but the good news is a lot more online listings are available as a result since these are not bound to be that hard to find. As a result, this guide is more to help you acquire one right now without much problem today, especially for those in the weather stricken areas on the East Coast.

Over the last month or so, we’ve seen a few pre-orders pop up for Lucas and the Animal Crossing Wave 2 amiibo, including Best Buy, Amazon, and Target. Best Buy was kind of strange with Lucas, as you could only do in-store pickup and it was limited to certain locations. The good news is that as of this writing, you can order Lucas and all four of the Wave 2 Animal Crossing amiibo, including Resetti, Kicks, Blathers, and Celeste, right on Best Buy’s website with ease.

You have the choice to have them shipped to your house right now or for in-store pickup as well, though the latter will depend on current stocks at your store for pickup today. Even better, Gamer’s Club Unlocked members will save 20% on this, so this is probably your best option if you have store you can do pickup. The only disappointing news here is that the Animal Crossing Series 2 cards are not available for order online, but you may have some luck in stores.

For those hoping to get Lucas or the new Animal Crossing amiibo figures on Amazon, sadly each of these are sold out currently directly from Amazon. Based on other recent amiibo releases, they likely will put them back up for sale before long, but as of right now, you cannot order them through Amazon. The good news however is that the Series 2 cards are up for their $5.99 price through Amazon if you want those.

Target is more like Best Buy, as you can order Lucas and each of the Animal Crossing Wave 2 figures on their website with ease right now. The Series 2 cards though are in-store only. Target was supposed to get solid stock in-store, so you can very well check there today too.

While Toys R Us is likely one of your best bets to find all of the releases today in stores, as of the time of this writing, they are one of the worst for ordering online. Right now, they only have the four new Animal Crossing amiibo figures up, while the Series 2 cards and Lucas are nowhere to be seen. They will eventually go up, but who knows when that may be. Checking in stores might be your better bet here than waiting if you want them.

While the other retailers we’ve listed have one or the other available online between the amiibo figures and cards, GameStop is actually going to be the best all in one location for you. The in-stock stock will probably be decent, though not as high as the other retailers. However, as of right now, you can order Lucas, all four new Animal Crossing figures and the Series 2 cards on their website. Also, for those that missed out yesterday, you can still pre-order your GameStop exclusive Roy amiibo, though that one doesn’t release until March 18.

As always, good luck out there, though this seems like it is one of the easiest all around releases with this many available online the day of already. Also, let us know how the stocks are in store if you go out today. And for those in the Winter Storm Jonas affected areas, be very careful out there.