The latest news in the world of video games at Attack of the Fanboy
November 24th, 2017 by Jose Belmonte 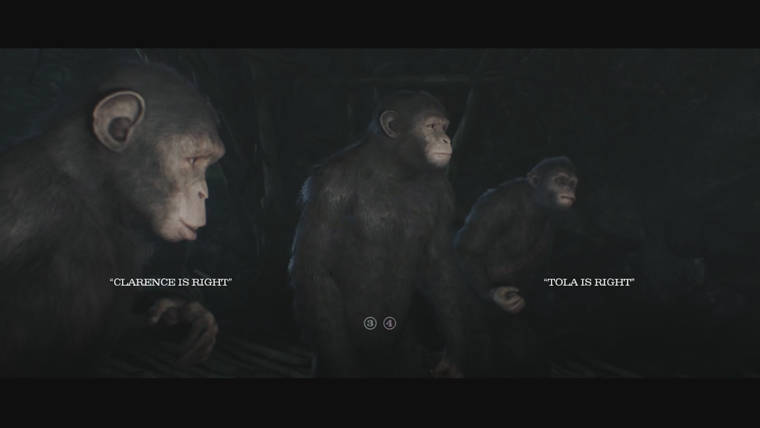 The acclaimed actor Andy Serkis, known for his motion capture performances on the Planet of the Apes and Lord of the Rings franchises, has taken the chance to play some of Planet of the Apes: Last Frontier, the new PS4 exclusive that is part of the PlayLink initiative. The game has been developed by Imaginati Studios, in partnership with Serkis’ own motion capture company, The Imaginarium Studios. In the video, Serkis plays two sequences of the game along with three other friends, in cooperative multiplayer. But they don’t need four DualShock 4 to play at the same time. Instead, they are using their smartphones as controllers to take part in decisions that affect the course of the story.

The first sequence seen in the video shows a group of apes debating over the best course of action that they should take. The group is offered to follow to different leaders with vastly different personalities: One more aggresive, and the other more diplomatic. In the second sequence, the group takes control of a human survivor from a nearby base that is suffering an attack from the apes. The group is offered the choice of shoot directly to an enemy ape or to just try to scare him. In this occasion the video actually shows how the story evolves in both cases, as an example of the replay possibilities of the game.

Planet of the Apes: Last Frontier is out now for PS4. Watch the video below.