The latest news in the world of video games at Attack of the Fanboy
September 13th, 2017 by Jose Belmonte 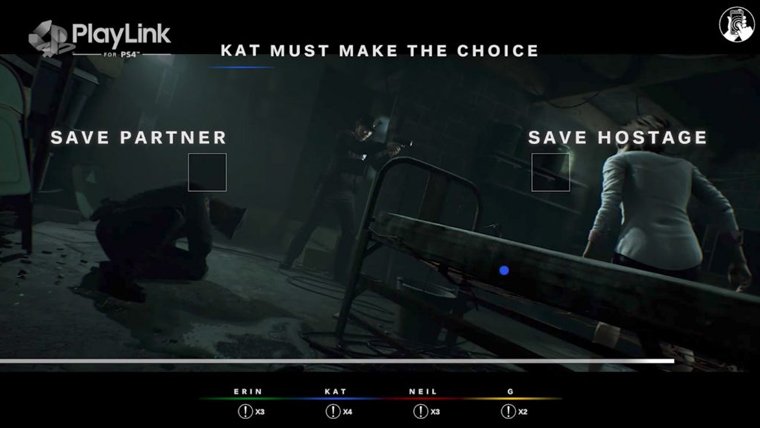 Sony has revealed the release date of the games included in the ‘PlayLink’ initiative announced last E3. These are PS4 games that take advantage of the player’s smartphones to introduce new and surprising ways of playing. The list of upcoming titles includes Hidden Agenda, Knowledge is Power, SingStar Celebration, and Frantics. The first three launch on October 24, while Frantics will arrive on March 13, 2018. The announcement has been made via PlayStation Blog.

Hidden Agenda was actually one of the most interesting PS4 exclusives announced at E3 2017. It has been developed by the creators of the popular Until Dawn, and it allows four players to join a homicide detective and a district attorney in investigating the the case of a serial killer known as “The Trapper.” The twist comes when all four players have to vote in order to perform each action that will take the story to different places. Not only that, but each player will also have a secret objective that will influence his or her vote.

Knowledge is Power is a fresh take on the traditional Trivia genre, putting your opponents in difficulties to pick an answer to the more than 5000 questions. SingStar Celebration is the latest incarnation of the veteran karaoke series, this time offering a selection of 30 party hits to sing with your smartphone. Finally, Frantic is a minigame compilation that allows up to eight players competing at the same time.

Hidden Agenda, Knowledge is Power, and SingStar Celebration launch on October 24. Frantics launches on March 13, 2018. Do you still have questions about what is PlayLink? Check out the video below.