An extended look at Animal Crossing is on the way. After an incredibly long period without a Nintendo Direct, an Animal Crossing themed Nintendo Direct has been scheduled for Thursday, February 20 at 6 AM PT/ 9 AM ET. The presentation will last 25 minutes and provide an extended look at the upcoming Animal Crossing: New Horizons, which is set to release on March 20. 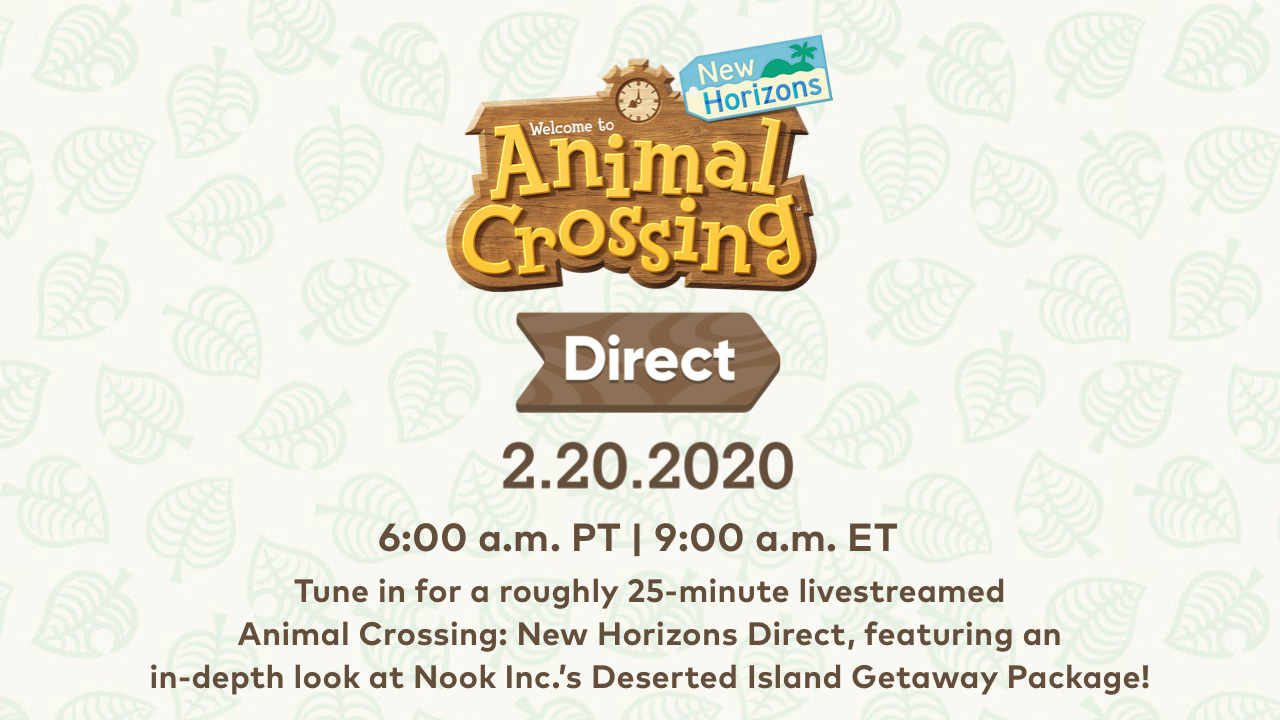 New Horizons was officially unveiled in the same Nintendo Direct that revealed Isabelle as a playable fighter for Super Smash Bros. Ultimate through a brief teaser in 2018 before being given an official title and a delayed release date late last year. Originally slated to launch sometime in 2019, the game was pushed to March 20, 2020 to ensure the game would meet Nintendo’s standard of quality. It’s been quite some time since the last mainline entry in the series, New Leaf, launched on Nintendo 3DS, and New Horizons looks to improve upon the classic life simulator formula in new ways.

Most of the information currently known about the game was revealed during Nintendo’s 2019 E3 presentation, and fans have been craving more information since. Recently, details about the game’s multiplayer offerings were unveiled by Nintendo. The game will support up to eight players in online multiplayer with up to four players playing on one Nintendo Switch console.

Concerns were raised about the game’s archaic save system, however, with only one island being provided to each Nintendo Switch console, meaning users could not create multiple save files. This is a series tradition due to it normally releasing on handheld systems or memory card based consoles, but considering the Switch is a hybrid of both, some fans were expecting more. The game’s relationship with the cloud save functionality provided to Nintendo Switch Online subscribers is currently unclear as well, but all of this information and more should be touched on during the Nintendo Direct presentation.

The Animal Crossing Nintendo Direct will be streamed live on February 20 at 6 AM PT/9 AM ET on Nintendo’s official YouTube and Twitch channels.