Isabelle brings her administrative skills to the Smash Bros. stage 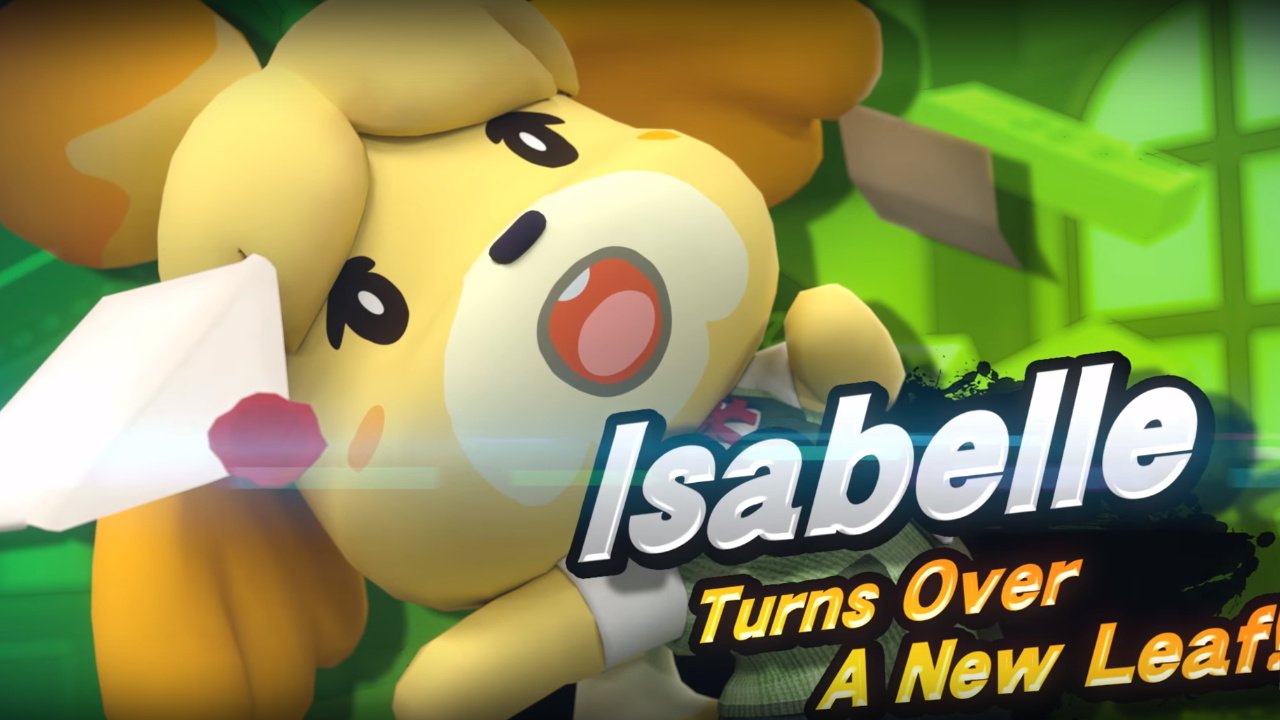 If Nintendo aimed to impress with today’s today’s video, they certainly succeeded. Both the Switch and the 3DS received their fair share of attention, with several enticing titles announced for each system. The Switch was of course the star of the show; in addition to a proper sequel to Luigi’s Mansion, it was also revealed that it would be playing host to many unexpected titles like Cities: Skylines (which launches today). As tends to be typical with their seasonal Direct announcements, Nintendo saved their biggest reveals for the very end.

The first of these two surprise announcements saw Isabelle officially joining the Super Smash Bros. Ultimate as full and proper fighter. She’s got her own move set including: a fishing pole grab move, planting gyroid rockets, party popper, bucket of water, and a stop sign capable of halting charging opponents in their tracks. The addition of Animal Crossing’s most capable civil servant has been widely rumored for several weeks now, but it was only with today’s video that Nintendo finally confirmed it. Animal Crossing fans probably would have just been happy with that, but Nintendo decided to do them one better.

At long last, a new Animal Crossing has been confirmed for Nintendo Switch, and fans won’t even have to wait very long for it. This will be the first entry in the series to be featured on a home console since 2008’s Animal Crossing: City Folk on the Wii. Mobile fans will still get to enjoy it on the go thanks to the Switch’s mobile capabilities, but those who’ve been waiting for the chance to play it on a bigger screen are finally getting their wish after an eight years of waiting.

Isabelle joins the Super Smash Bros. Ultimate roster when it launches on December 7, and the currently untitled Animal Crossing game is set to release sometime in 2019.