The latest news in the world of video games at Attack of the Fanboy
November 15th, 2017 by Jelani James 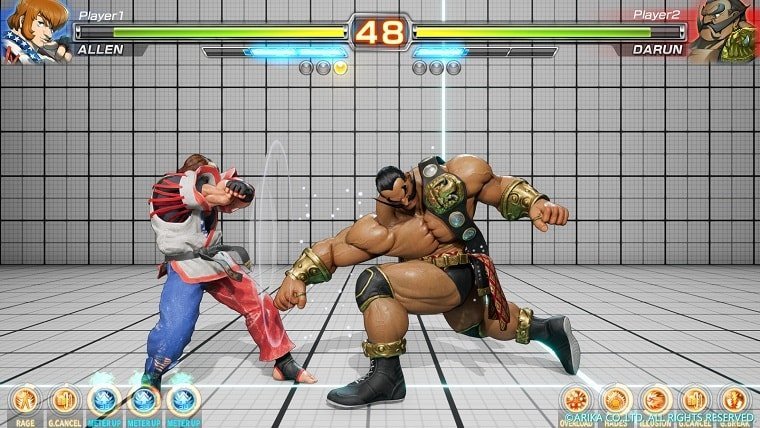 In an update on the PlayStation Blog, Akira Nishitani, the developer behind Fighting Layer and Street Fighter EX has revealed that the game formerly known as the “Mysterious Fighting Game” is now officially called Fighting EX Layer and will receive an open beta in December.

The open beta will run for two weeks starting from Dec. 11 and will feature six playable characters in total: Kairi, Garuda, Skullomania, Darun Mister, Allen Snider, and Shirase. As noted in the update, the purpose of this beta will be to test the game’s network match function, so Nishitani encourages fans to “come out and try our game.”

Those particularly interested in the game will be happy to know that a demo version of Fighting EX Layer will also be playable at PlayStation Experience 2017 from Dec. 9 to 10. As you can see, this will arrive before the open beta starts up, so if you really want to get a leg up on the competition then here’s your chance.

Lastly, Nishitani went into detail about the game’s unique feature, the Gougi system, which allows players to a choose a set of modifiers and power ups to customize their character. These range from options such as increased movement speed to attack power, to unique abilities like Hades, which grants super armor, or Rage, which grants a fighter infinite super meter.

Nishitani hopes that Gougi will change the flow of matches.

“For example, in most other fighting games, aside from times where you think, ‘I can win in one more combo,’ ‘I can win if I chip him out,’ and ‘I’m in the corner,’ your battle strategy doesn’t really change that much, right? I wanted to change this on a system level and make a game where matches get crazier and more exciting as they go on.”

In addition, Nishitani hopes to add more Gougi as the game progresses to help keep the game feeling fresh.

“This is still just an idea, but I’d like to add new Gougi at certain fixed intervals, which would in turn create the feeling of a new game. Even by adding just a single Gougi, I think you would be surprised by how much the characters can change. Although as a developer, I’m quite worried about whether or not something crazy will occur!”

Fighting EX Layer is due out worldwide for the PlayStation 4 in 2018.