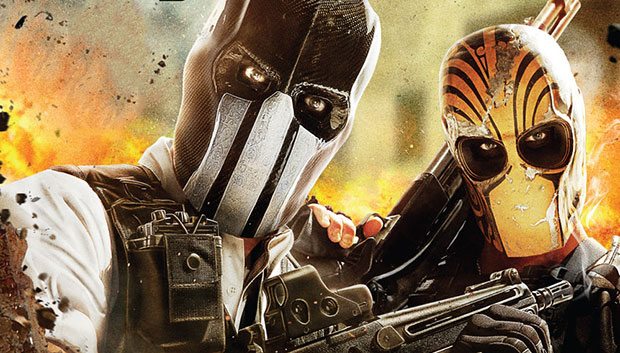 A new Army of Two title is heading out of EA’s Visceral Studios in March 2013. Titled “Army of Two: The Devil’s Cartel”, this third installment of the Army of Two franchise is said to take on an even grittier tone than the previous Army of Two games.

“Players will find themselves on the deadly streets of Mexico as Alpha and Bravo, two operatives working for Tactical Worldwide Operations (T.W.O.), a PMC outfit that drops them in the middle of a drug war conflict for an assignment full of corruption and deceit. With the ability to unleash the power of ultimate destruction, players will need to work together as their objectives unravel, allegiances begin to blur and they face off against a ruthless opposition.” – EA Press Release

“We wanted to refresh the Army of TWO franchise for a new generation of action gamers, and at the same time, stay true to the core concept that really made the first two games fan favorites,” said Visceral’s Steve Papoutsis.