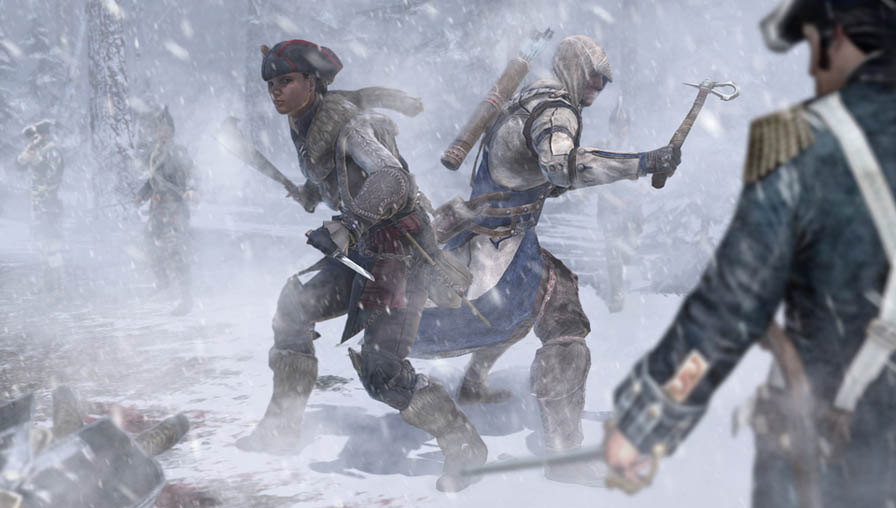 Just how much overlap between the two stories is to be expected in Assassin’s Creed III: Liberation hasn’t been completely detailed by Ubisoft.   Though it looks like there is going to be times where the two characters cross paths in Liberation on the PS Vita exclusive.  Whether or not Aveline will show up on the console version is unknown.

Assassin’s Creed 3: Liberation is due out on October 30th, 2012 on Sony’s PS Vita handheld.