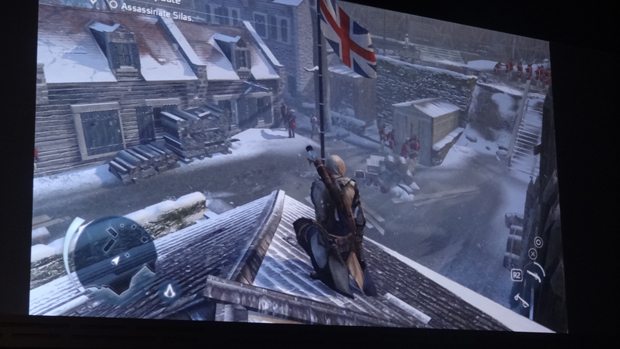 Attendees of Ubisoft’s E3 2012 press conference probably recieved one of the coolest peices of swag at E3 this year. While many game publishers are content with giving convention goers t-shirts or phone cases, Ubisoft handed out Assassin’s Creed Encyclopedias.

Just about everything you would ever want to know about the Assassin’s Creed universe is included in this hard-bound, limited edition, stylish enough for coffee table offering.

This E3 Collector’s Edition was certainly a treat, but we’re gonna go ahead and give it away to one of our Twitter or Facebook friends (approximately $100 value).  If you’ve particpated in a contest at our site before, you know the drill.

If not, entering is simple.  You can win by one of three ways.  You can RT the message below via Twitter.

You can like our Facebook Page and leave a comment.  Or, you can leave a comment in the comments section below.  Enter as often as you like, this contest will run until July 12th.  This contest is open to U.S. residents only.

The single winner will be generated by using random.org.  Enter as often as you like, for the best chance to win.