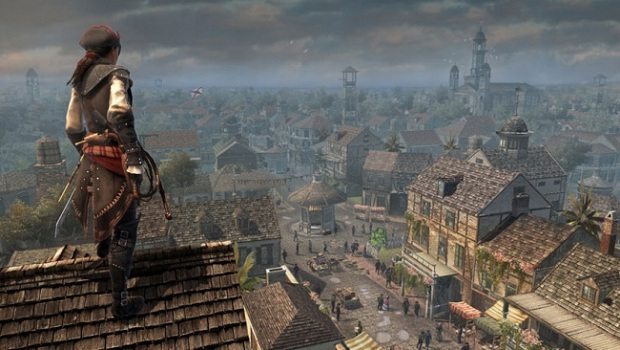 If you thought women couldn’t be kick-ass members of the Brotherhood, Assassin’s Creed III: Liberation heroine Aveline is out to prove you ever-so wrong in the game’s newest trailer.

Briefly showcasing Aveline’s gruesome skills with a blade and pistol, Assassin’s Creed III: Liberation will follow the franchise’s first female, as well as African-American, protagonist. Liberation will take place in 18th Century New Orleans at the end of the French and Indian War, so the events of the game will lead up to and in some ways coincide with those of Assassin’s Creed III (Ubisoft has noted that Aveline will cross paths with ACIII protagonist, Connor). Liberation will also be the first game of the series in which players will not be viewing memories through Desmond. Ubisoft has stated that the game’s events are rather a product created by Abstergo who wish to show a gray area of the Assassin/Templar conflict through the eyes of an Assassin.

If Liberation is to be one of the most ambitious handheld games ever to be featured on a portable system, we just hope that Ubisoft is readying a substantial storyline and a combat system not watered down to suit the needs of a handheld port. The Vita has a number of unique features that give way to some interesting control possibilities, and we’re sure Ubisoft will utilize them to some extent.

Check out the extended trailer for Assassin’s Creed III: Liberation below: