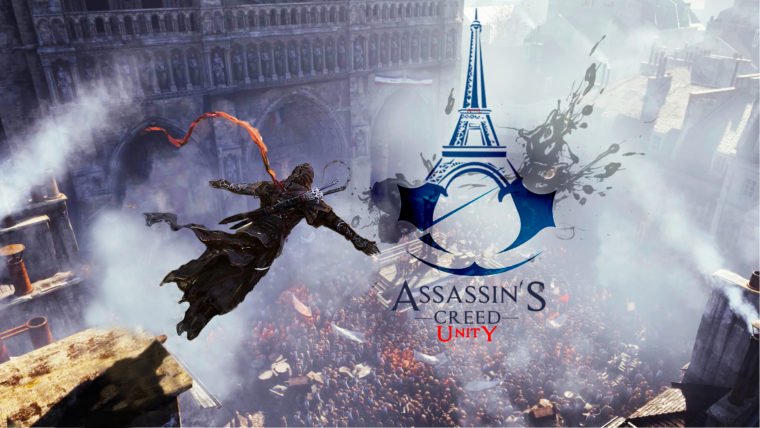 Assassin’s Creed Unity is the first game in the series to skip last-gen systems and release exclusively for PC, PS4, and Xbox One. That has allowed Ubisoft to create a brand new engine that takes advantage of the additional power offered by the new-gen systems. In the latest trailer, called the Experience Trailer, goes over all the new changes and additions allowed by this more powerful engine.

Narrated by Assassin’s Creed Unity creative director Alex Amancio, the trailer shows how the world building, and player interaction is totally revolutionized by the new game systems and their power. Graphical features such as advanced reflection mapping, HDR graphics, and volumetric fog lend atmosphere to every part of the game. Buildings have all been “fully realized” as the developer attempted to recreate France’s many iconic landmarks as complete 1:1 replicas. According to the trailer, one building, the Notre Dame de Paris took an entire year to design, resulting in a “triumph of digital architecture”.

NPC interaction has also been revolutionized by Assassin’s Creed Unity’s new engine. Thousands of non-playable characters have been rendered with great attention to detail. The developers seem to have used facial mapping and scanning techniques leading to some seriously impressive digital character models. Given the series’ emphasis on crowd mechanics, the enhanced visual and AI elements should change up the gameplay significantly. Amancio explains that crowds “can provide you with valuable cover as you explore the city”, but that they “have minds of their own and may not behave as you expect them to.”

The game’s playable character hasn’t been skipped in this new-gen revolution. Player movement has been greatly enhanced, creating new parkour opportunities across the vast map. The developers focused on improving flexibility in the parkour experience, which allows you “to select different paths on-the-fly, in all three dimensions.” Deeper stealth mechanics, and greater fighting skills have also been thrown in to make you more lethal. This will be even more apparent when you and three friends tackle the game together in its co-op mode.

Assassin’s Creed Unity will be released on October 28th for PC, PS4, and Xbox One.