Battlefield 3 Back to Karkand Gameplay 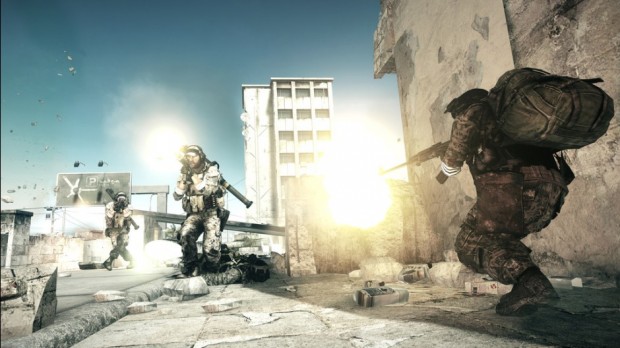 In December, the first bout of downloadable content will hit Battlefield 3 players.  In Back to Karkand, DICE brings back four of the most beloved maps in franchise history, enhanced by the Frostbite 2 Engine.  The video below highlights the four maps that are included in the first map pack:  Strike at Karkand, Sharqi Peninsula, Gulf of Oman, and Wake Island.

Alongside the four fan-favorite maps, the pack also includes new weapons, vehicles, and game modes.  The Back to Karkand map pack will be available in December for free, to those that pre-ordered Battlefield 3.  If you didn’t, the new content will run you $15.