Battlefield 3 on Xbox 360 is “Standard Definition” without Texture Pack 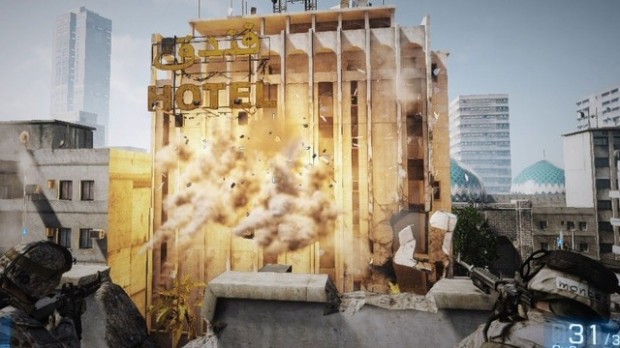 For Xbox 360 gamers that choose not to install the optional high resolution texture pack that will be included with Battlefield 3, they’ll be getting a version that is considered “Standard Definition” by DICE. In a recent interview, Patrick Bach explains why the developer had to offer the option install for 360 gamers.

Citing the removable hard drives on the console, Bach says that “The thing about the 360 is that you need to be able to give consumers a game where you don’t have to install it on a hard drive, because there are 360s without a HDD. So we need to give you the option of installing it, rather than just demanding it,” said Bach. “You could call it a ‘standard-def’ version for the 360 if you don’t have a hard-drive.”

“For us, it’s about how we can give you the most game ever, even though the hardware is over five years old,” Bach continued. “It does make a difference, yes, absolutely… The whole engine is based around streaming textures, streaming terrain and a lot of other content.”

Images from the Xbox 360’s version of Battlefield 3 recently hit the net, and by most accounts, it looks great. You can see the images here.