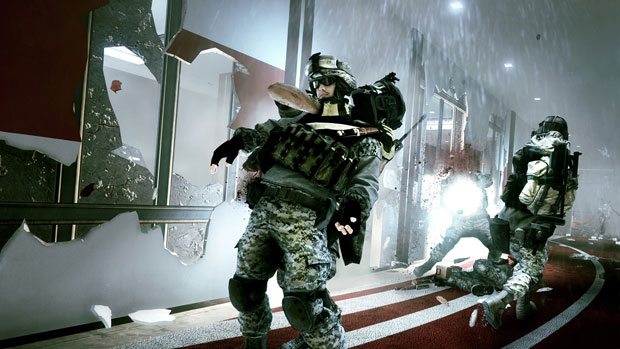 This morning the European PlayStation Blog accidentially let slip the first of official non-official details for the Battlefield 3 ‘Premium’ service.  The official site for the PlayStation console in the European region detailed the premium service similarly as to what had been rumored by Battlefieldo.

They’ve given the premium service a June 4th release date, at which time the Battlefield 3: Close Quarters Expansion will become available for the PS3 players.  You’re not gonna find the slip up on the blog any longer, as it has been expunged from the post.  However, it looks like EA could be making a big announcement at either its E3 Press Conference or Sony’s considering that it falls on June 4th.

“You’re always on your toes, on the edge,”says DICE about the upcoming Close Quarters Expansion for Battlefield 3

Close Quarters, the first available Battlefield 3 expansion will feature tighter combat areas with more destructible environments.  Niklad Fegraeus described the Close Quarters DLC best when he spoke about it back in March.

“Listen for the footsteps, spray the wall, throw your grenade, cover one angle each and constantly communicate. The experience grows with our tried and tested squad play mechanics, and the intensity and pure challenge of trying to dominate these close quarters is something I’m convinced will put even the best squads to the test,” said lead designer Niklas Fegraeus on the Battlefield Blog.

“There is something very unique about an indoor fire fight. You have to cover angles in new ways, use sound to track your enemies, navigate with much more careful precision and most importantly, you’re never safe. Danger is always no more than a few meters away. It’s a scenario that always makes me feel 100% in the fight. There is no dull moment, you’re always on your toes, on the edge.”