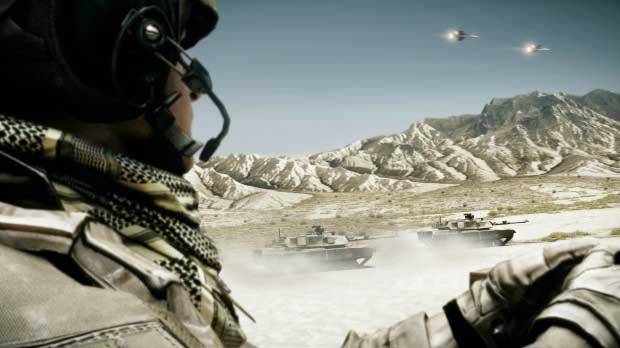 Electronic Arts basically invented the online-pass when it initiated Project Ten Dollar last year.  Without needing much clarification, I think it was pretty safe to assume that Battlefield 3 would have some form of online-pass as well.  Though DICE doesn’t have the details completely ironed out as of yet, they recently revealed that there would “probably” be some form of online access pass with the game.  Patrick Bach recently explained the impact of pre-owned sales on a game like Battlefield and the inherent costs that are associated with a consumer deciding to purchase used instead of new.

“The whole idea is that we’re paying for servers,” explained  Bach. “And if you create a new account there is a big process on how that is being handled in the backend. We would rather have you buy a new game than a used game because buying a used game is only a cost to us; we don’t get a single dime from a used game, but we still need to create server space and everything for you. We want people to at least pay us something to create this because we’re paying for it. It was actually a loss for us to have new players.”

Their competition, the Call of Duty franchise, has yet to take such a stance with their games.  It’s unknown if this is coming for the Call of Duty franchise or not, but pay to play online is something that the company has promised would never happen.  While online passes aren’t exactly “pay-to-play”, gamers certainly perceive them as one of the most evil practices in the industry today.   Though there’s still hope considering that Crysis 2, another EA title that shipped earlier this year, did not have an online pass as the company hoped to gain exposure to more players.

I’m sure we’ll find out soon enough if there will or will not be an online pass with Battlefield 3.