Should Battlefield fans be excited for Medal of Honor? Yes. 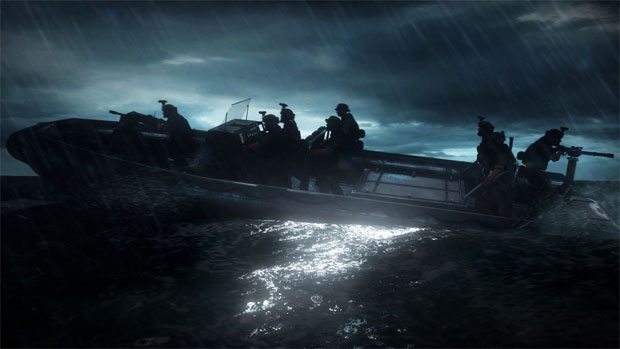 2010’s franchise reboot of the Medal of Honor franchise had a strong showing. The shooter featured a single player campaign that took players on a “more realistic” journey than other military shooters. EA upstart, Danger Close, tag-teamed the title with DICE. Bringing their expertise in the multiplayer field, Medal of Honor was a well rounded title.

This time around, DICE isn’t contributing in the same way they were before. Instead, Medal of Honor: Warfighter will use the Frostbite 2 engine that powers Battlefield 3. In a recent interview with CVG, Richard Farrelly explains using the Frostbite Engine in Warfighter.

“I think we have our own signature look; I think it looks a lot different from Battlefield even though it’s on the same engine. It’s more intimate, but we still have some of the same elements that they have, like the micro-destruction and the amazing lighting.”

DICE recently showed off this “micro-destruction”, and will be one of the high points of its upcoming Close Quarters DLC for Battlefield 3. While there’s not much by the way of new gameplay footage of the new Medal of Honor title quite yet. DICE did release time-lapse footage of the micro-destruction in Battlefield 3: Close Quarters which you’ll find below. It should be interesting to see how Danger Close uses this technology to seperate itself from the crowd this fall.

Home / Game News / Should Battlefield fans be excited for Medal of Honor? Yes.