Beaver Creek is Back in Halo: CE Anniversary 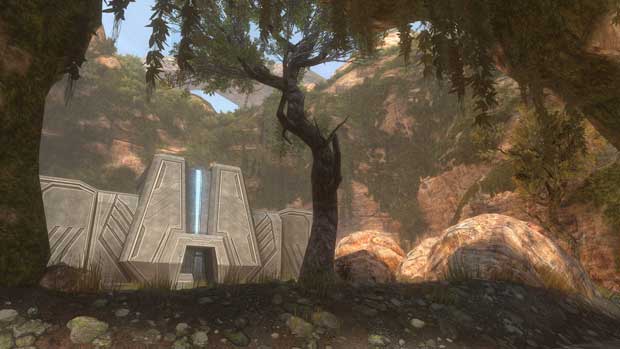 So I may not like that Halo: CE Anniversary multiplayer will be running on the Reach engine, and I definitely don’t like that armor abilities are being included in some of the original maps. It makes me feel a little bit better though, knowing that Beaver Creek is making a comeback, evidenced in this quick gameplay video that 343 has put together.

The infamous tree branch, at the top of which you’ll always find someone camping and waiting for the rockets to respawn, looks more detailed than ever and seems almost Lord of the Rings-esque. As long as it can’t walk or speak, there’s no reason to be afraid to walk right up it as usual. The old-time favorite looks relatively the same with the most obvious difference being that there are now air lifts at the back of each base as well as entrances into the of the canyon-side. There appear to be two separate ones at the back of each base, and one underneath the sniper area. Those areas will certainly add a new element during objective games.

Check out the Beaver Creek re-make below: