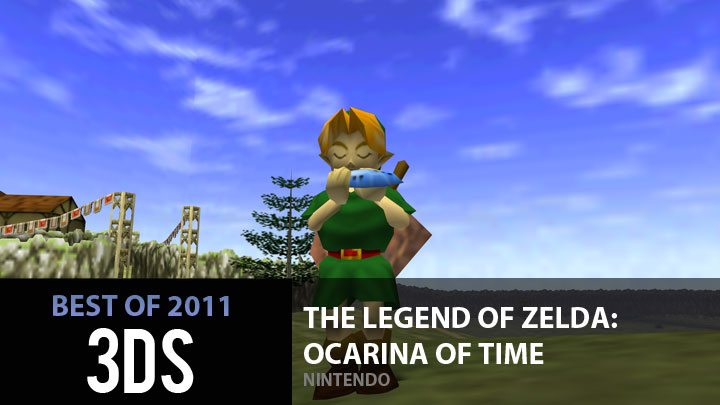 The Nintendo 3DS might have gotten off to a slow start when it comes to launch titles for the glasses free 3D handheld, but once it got rolling, 2011 saw two mainstays hit the handheld with Mario and Link both having game releases in the back end of the year.  Although The Legend of Zelda: Ocarina of Time released years earlier on the Nintendo 64, this classic tale hasn’t aged one bit.  The tried and true mechanics of the original remained intact, and the game’s design made great use of the tech in the handheld for one of the most immersing Legend of Zelda experiences to date.  With so many great 3DS titles launching at the back end of the year, it was hard to choose one clear winner, but Ocarina of Time had an unfair headstart in winning us over…

Attack of the Fanboy readers also chose The Legend of Zelda: Ocarina of Time as our Reader’s Choice 3DS Game of the Year.  You can find the full list of nominees and voting breakdown below, and thanks to all who voted. 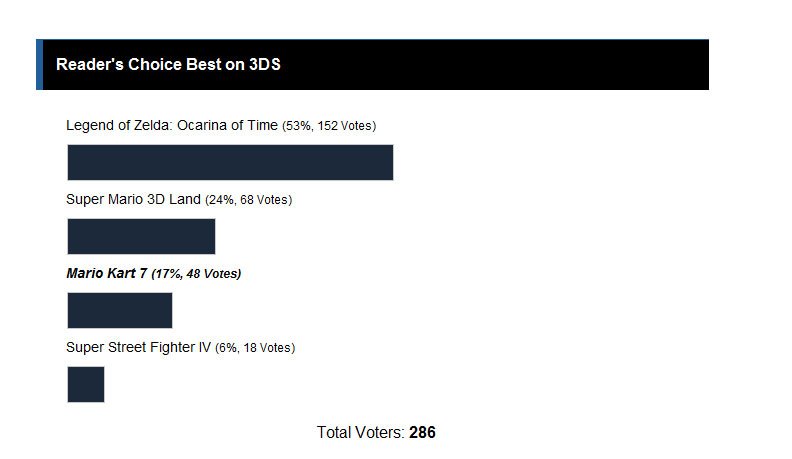