Bioware took on the huge task of re-creating the Star Wars universe and making it place that we wanted to reside in as gamers.  Not just a place that resides in our imaginations any longer, Star Wars: The Old Republic is an incredible mixture of RPG and MMO.  It offers not only the traditional trappings of the massively multiplayer genre, but also story driven elements that are staples of Bioware RPGs.  The attention to detail in all of the nooks and crannies of the Star Wars universe can be found in the massive inter-galactic offering.  While this MMO is just getting on its feet, it’s got plenty of promise going forward.  Even in the short time we’ve spent with The Old Republic, its hard to deny its excellence on all fronts.

Attack of the Fanboy readers begged to differ when voting for our Reader’s Choice PC Game of 2011.  Our readers selected Minecraft.  While the game has been available for quite some time in its beta and alpha forms, Minecraft recently released in its entirety back in November.  Thanks to all who voted for our Reader’s Choice PC Game of the Year, you can find the full breakdown of votes and nominees, below. 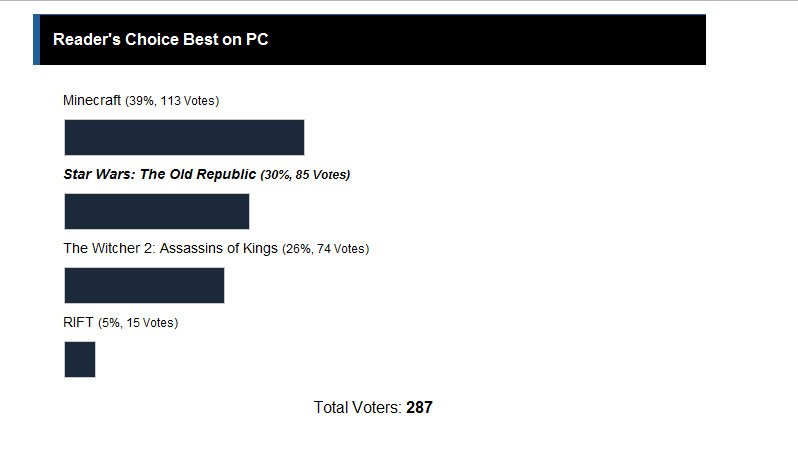