Bioshock Infinite developer wants you to focus on the story 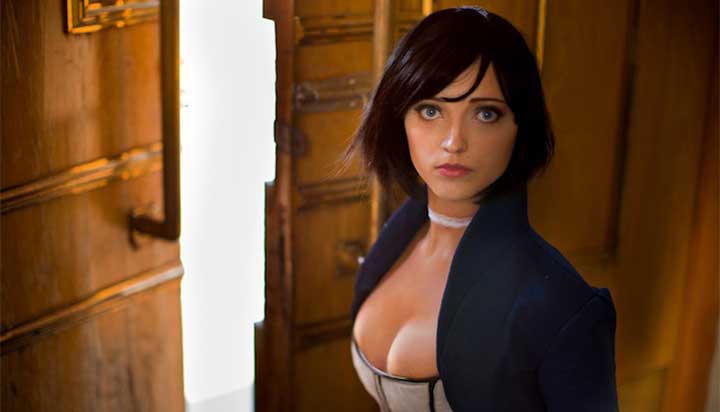 According to Ken Levine of Irrational Games, us gamers are spending far too much time assessing Elizabeth’s cup size instead of the story behind Bioshock Infinite.  In a recent interview, the Bioshock 1 creator, and director for Bioshock Infinite told OXM ” in terms of her body type, I think certainly people on the Internet have spent way more time thinking about Elizabeth’s chest than I have.  It’s something I’ve barely thought about.”

“It’s disappointing when appearance becomes a focus for conversation, because that was never my intent and it’s sort of a disincentive.  I’d much rather talk about what she’s going through as a person, but whatever.  They have the right to shout out whatever they want,” Levine explained to the magazine.

Levine explained exaggerating proportions in video games.  “You have to make judgements about exaggerating certain things if you want them to scan at a distance, which Elizabeth needs quite often because we don’t do a lot of cutscenes, we can’t always put the camera right up to her like we did at that scene at the end of the E3 demo.”

Bioshock Infinite and Elizabeth’s breasts will hit store shelves on PlayStation 3, PC, and Xbox 360 at some point in 2012.