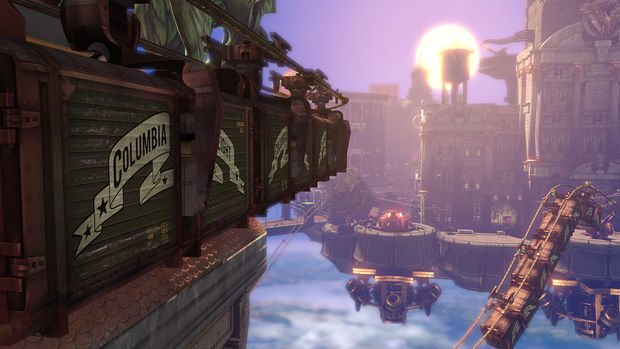 The annual list of E3’s Game Critics Awards were released today, and although it’s not too unexpected that Bioshock Infinite took home every award it was nominated for including “Best of Show”, some of the other winners may surprise you. Firstly, DICE and EA have mega bragging rights for the next few months as Battlefield 3 won “Best Action Game” and “Best Online Multiplayer Game” beating out rival Call of Duty: Modern Warfare 3 for both (MW3 goes home with a total of 0 awards overall).

However, the biggest surprise of all is the fact that the PS Vita won the coveted “Best Hardware” award over the only supposed “next-gen” console unveiled at this year’s show – Nintendo’s Wii U. Apparently, the Vita’s dual touch pads and cameras, six-inch OLED screen, two analong sticks, front and rear touchpads, and six-axis motion abilities seems to have trumped the innovation of the Wii U controller. The Vita’s slew of anticipated titles and its ability to create and share content of those titles cross-platform with the PS3 undoubtedly factored into the decision. This announcement really epitomizes the Wii U’s less-than-spectacular unveiling since E3. The console has no developed games to show off, has caused Nintendo’s shares to drop 10% in stock, confirmed to have no DVD or Blu-Ray support, and has already been labeled by Shigeru Miyamoto to be an inferior system in terms of online functionality. Only time will tell whether or not the Wii U can gain momentum heading into release next year.

The Game Critics Awards are judged by 35 gaming publications and judges are generally Editors in Chief of major North American media outlets that have consistently covered the video game industry and have clearly shown an interest in critically evaluating interactive entertainment.  Each media outlet is allotted one slot on the judge panel.  Judges are encouraged, where appropriate, to solicit the opinions of colleagues at their respective media outlets when determining the nominees and winners.

Here are a list of the Game Critics Awards winners for 2011. The Xbox 360 was the best represented system with 14 trophies: