With Bioware formally announcing a release date for Dragon Age: Inquisition, the hype train has started, and with that train a million or so questions concerning the game. Bioware has been rather cagey regarding many aspects of Dragon Age: Inquisition, especially in regards to the story and how they plan to implement combat, two things that were criticized in Dragon Age 2. Speaking to both CVG and Gamespot, Bioware shared some details about combat, the story, and player actions and how that would affect the world at large.

Talking to Gamespot, executive producer Mark Darrah first spoke about the player’s role as the Inquisitor and it was a marked change from previous Bioware games. “The burden of leadership is one of the themes of the game. This is the first time we’ve really put you in a leadership position. We’ve put you in, kind of, command positions in the past, but not really in a place where you’re actually in control of an organization that has to go out and do things.”

When asked how this would play out in the game, whether the player would take on quests or, like in Assassin’s Creed, send out his minions to do them for the player, Darrah responded, “So, for example,… you need to have a meeting with the Templars. They don’t want to talk to you, so you’re gonna use your agents to gather up the support of local nobility to essentially increase the weight of your presence, because now it’s not just you,…[it’s] you and powerful nobles. It becomes much more difficult to ignore you. So that’s really what you use your inquisition for more. It’s about that next level of ability. You’re still the one going and doing most of the fighting. You’re using them more as the force that comes in behind you to hold the territory, to clean up, and give you that extra bit of oomph when you need it.” 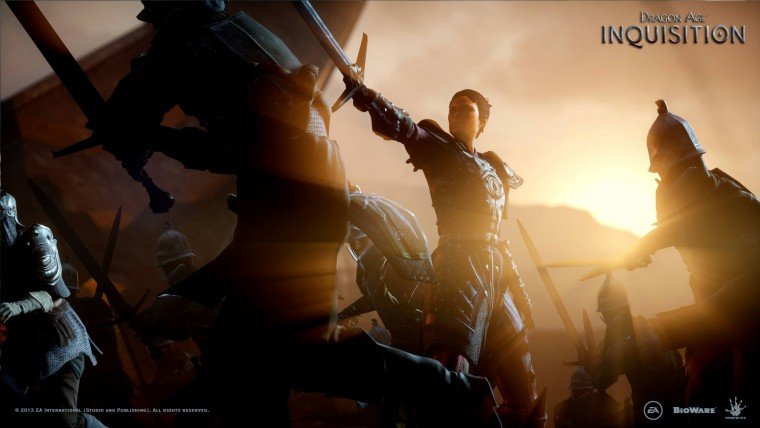 Producer Cameron Lee elaborated on this for CVG, stating, “[The war table is] one of the mechanisms by which you lead the Inquisition, you issue orders to the Inquisition, you send your agents out there to do the different types of missions, and rebuild parts of the world. It’s also where you trigger and start a lot of the story and critical path plots.”

Darrah continued onto the combat system, saying that “[we] do have a four-person party, same as in previous Dragon Age games. We’re bringing the tactical camera back that we had in Dragon Age: Origins but didn’t have in Dragon Age 2… You can take control of someone, give them an order to move behind cover–so it’s really just bringing a lot of that thinking into combat. Every combat of note is designed to be a little puzzle, a little thing that you have to figure out how you’re gonna approach it.”

Another area that people were curious about was the role of the Inquisition and if they would be people with personalities or simply a faceless army. “It’s a little bit of both,” according to Dorrah. “You will meet characters of note who will join your Inquisition.” This also carries over into your followers, with Bioware striving to have strong, memorable followers like in their previous games. “Followers and characters that have strong personalities are one of BioWare’s strongest suits. We want to keep that,” Darrah stated firmly. 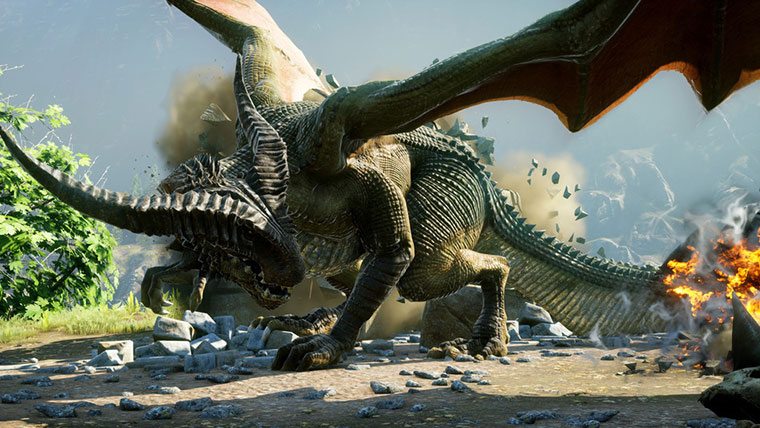 Asked how the Inquisition will play a role in player’s actions in the story, Lee stated, “As an example, if I decided to save or bring the mage faction into my Inquisition at the expense of something else, I would start to see more mages in my forces around the world, patrolling worlds and things like that. But I would also start seeing another faction become an enemy faction and start to cause problems throughout the world. That’s the kind of linked narrative you can do. The vast majority of side content throughout the game, even in the wilderness areas, is themed for you and your Inquisition. It’s a mechanism by which you can grow your Inquisition and strengthen the Inquisition’s influence.”

One aspect that Bioware has been known to champion as of late is player choice and how the players can influence the outcome of the game. Dragon Age: Inquisition is no different, according to Lee. “There are lots of small not just decisions but actions, physical actions that the player can take, that have small impacts throughout the world. There will be hundreds and hundreds of those.

Then there are the big, epic, sweeping changes, like if you decide to bring the mages in rather than the Templars. That has dramatic consequences to the world and your Inquisition.

Then there is emergent behavior in the world. So if I came into the forest area of the game and started slaughtering all the bandits in that area, other factions can start to come into place. Then if you kill all of those a different faction comes in, and you can have different relations with those and take different sides.

Then there are other areas where you can physically change the world. There’s a moving battlefront, so as I move to the battlefront I can start to take over guard towers, bring my soldiers forward, set up barricades, push back the enemy defenders.

Then eventually I can take the castle, and if I do that I can get this mission on the war table to send my Inquisition in to repair this big bridge. By doing so now I get access to another part of the area that I didn’t have before.”

All of these reinforce Lee’s assertion that Bioware does not want “a static world” anymore, rather one that changes with the player. However, that doesn’t mean that everything changes, Lee quickly added. “Not all of your decisions have a consequence. We’ve been guilty of this as much as anyone else.”