The latest news in the world of video games at Attack of the Fanboy
October 17th, 2012 by William Schwartz 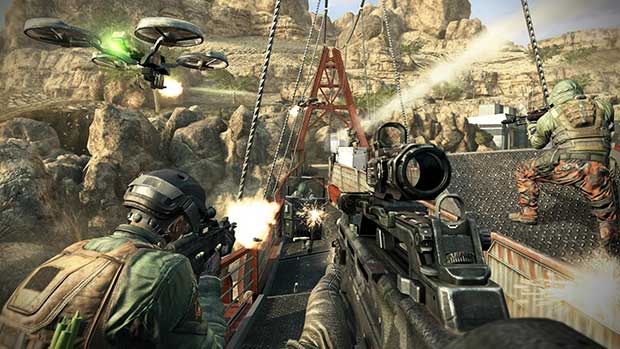 When Black Ops 2 arrives on the Wii U at launch, players won’t have all of the same features that are baked into the Xbox 360, PlayStation 3, and PC versions of the game. Call of Duty: Elite, the online stat-tracking social media hub for the game, will not be available at launch for the shooter.

Activision explained in a recent statement to Kotaku, that while it’s possible that the Wii U gets support in the future, it definitely won’t be available at launch.

This news comes after Activision’s announcement that all features of the Call of Duty: Elite service will be free for all players this year. Opting for a “Season Pass” delivery service for post-launch content, Black Ops 2 DLC has only been officially announced for the Xbox 360, PlayStation 3 and PC. Whether or not Activision plans on delivering additional content to the Wii U outside of the base game on November 18th is unclear.

Black Ops 2 will arrive on the Xbox 360, PS3, and PC on November 13th, with the Wii U version launching alongside the console on the 18th.