The latest news in the world of video games at Attack of the Fanboy
September 16th, 2012 by William Schwartz 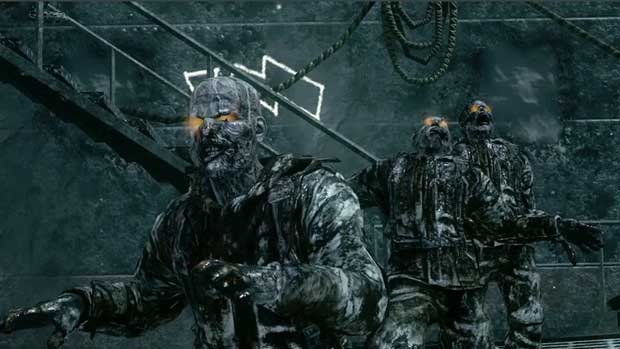 Treyarch has made no secrets that Call of Duty: Black Ops 2 will feature a zombies mode, though the developer has yet to release any details for the popular feature. While this is by no means a confirmation, a recent retail listing for the game on Amazon.com explains that Black Ops 2 Zombies will be playable in a “campaign mode”.

The full listing on the retailer website reads as follows: “The inclusion of a Zombies in gameplay, both in as an option in multiplayer, and as a campaign option.”

Since the poorly worded product description offers little detail other than those above, we’ll have to wait on an official confirmation from Treyarch on what would be a brand new feature to the Black Ops franchise. Treyarch has said that details are incoming for Zombies mode, and would be revealed in the coming weeks.