Black Ops II Multiplayer will be playable at GameStop Expo

The latest news in the world of video games at Attack of the Fanboy
July 28th, 2012 by William Schwartz 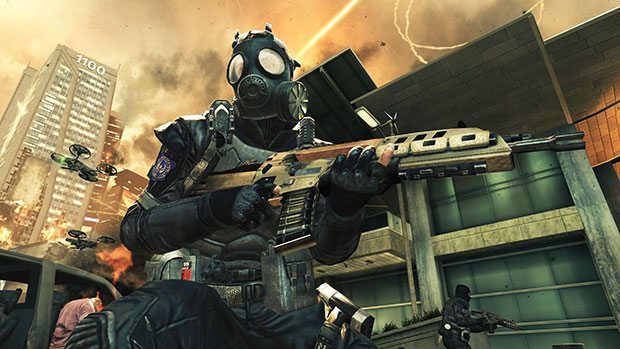 There have been plenty of details released regarding the single player portion of Call of Duty: Black Ops II, but Treyarch has yet to start discussing the multiplayer component for the shooter. Activision has revealed that the GameStop Expo will be the fans first shot at the competitive multiplayer modes. Better yet, anyone can go to the GameStop Expo. It’s open to the public and will be held in San Antonio in late August.

To get into the show, you’ll need to be a GameStop PowerUp Rewards member and pay a $35 dollar entry fee. GameStop has noted that sales to the public will be limited, but they will be offering a “VIP” pass for those that want to fork up some extra cash for special privileges on the show floor.

Call of Duty: Black Ops II is said to be Treyarch’s most ambitious take on the Call of Duty franchise yet, we’ll have to wait and see just how much the developer changed for this iteration of the franchise. The GameStop Expo is being held on August 29th, 2012 at the Henry B. Gonzalez Convention Center in San Antonio.