BlizzConline: Diablo 4 Will Feature the Return of the Rogue

A classic class returns to murder massive numbers of demons. 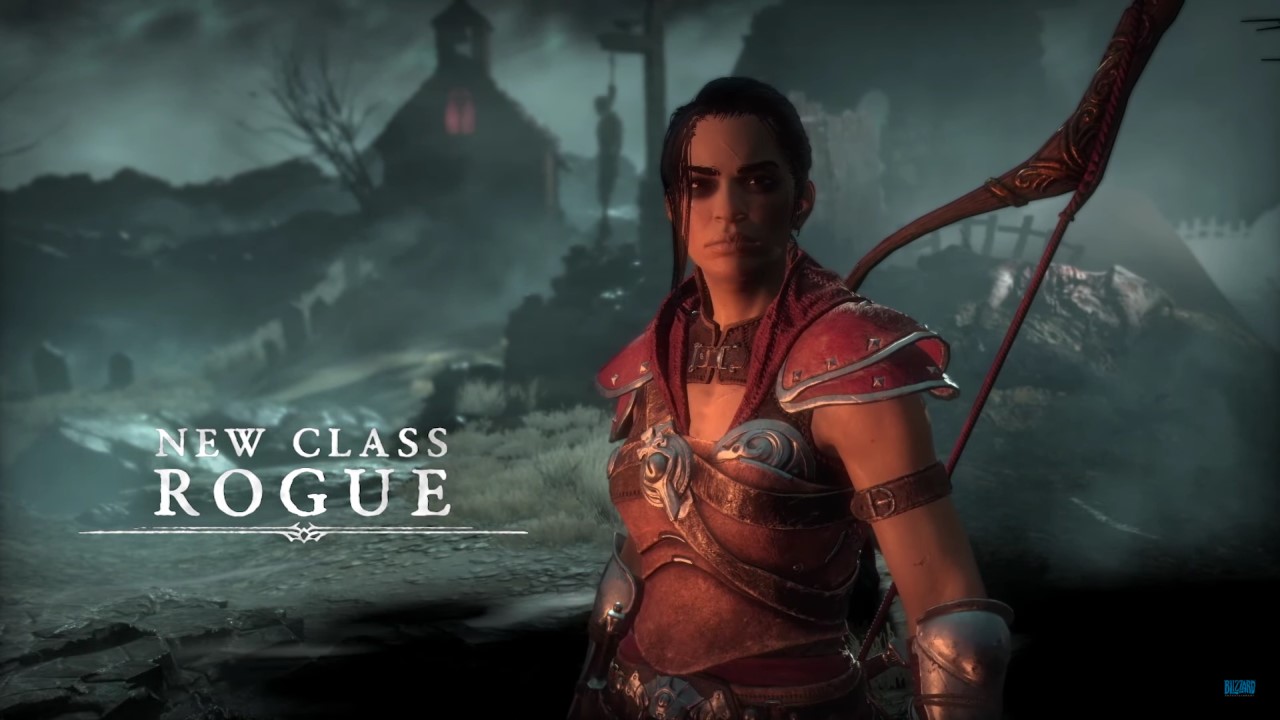 Diablo 4 may be the latest entry in the venerable franchise, but it’s going a bit old-school with the return of the Rogue. This brutal assassin was revealed during the BlizzConline Opening Ceremony, and they will utilize they’re classic bows and daggers, and you can play as both the original female rogue, and now a male.

The Rogue will be a flexible class, capable of filling many build-archetypes.

The Rogue can be played in a variety of ways, from the classic archer-archetype seen in Diablo 1, to a more sinister dagger-wielding backstabber. The violent reveal trailer heavily featured ears, and it was teased that they would return as a gameplay feature.

Seriously, the trailer was capital “B” bloody, as the Rogue tore a brutes arm up from the wrist to the elbow, before digging her blades deep into his shoulder blades, among many, many other acts of wanton murder. The pre-rendered trailer eventually segued into a proper gameplay portion, and the Rogue appears to play in a way that is both reminiscent of Diablo, and the new playstyles on offer in Diablo 4.

The Rogue will make her debut in Diablo 4 whenever it launches. When that is, well, we still don’t know. Whenever Blizzard gets around to revealing a release date for Diablo 4 we will be sure to share it here.

Home / Game News / BlizzConline: Diablo 4 Will Feature the Return of the Rogue