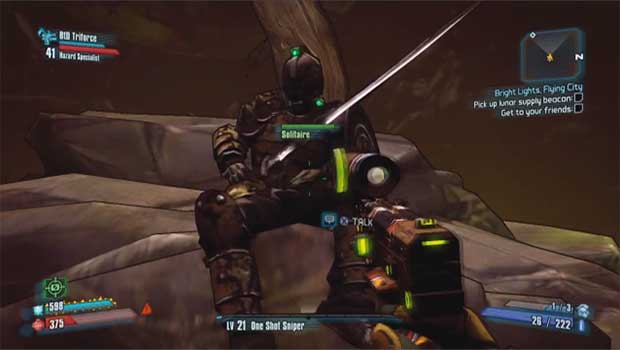 Just before the release of Borderlands 2, it was discovered that Gearbox Software included a small Minecraft themed portion in their game, tucked away in an area called Caustic Caverns. Apparently, this isn’t the only other nod that the developer has made in their recent release.

Venture around Pandora long enough and you’re bound to run into all sorts of hidden goodies from Gearbox. From a mysterious character that looks like they’re straight out of From Software’s Dark Souls title. To a mission where you can deliver a pizza to what appears to be the likenesses of the Teenage Mutant Ninja Turtles, there are some serious secrets tucked away in this new release.

The playlist below should get you started on discovering all there is to see in Borderlands 2, but we wouldn’t be surprised if there’s much more out there to discover.