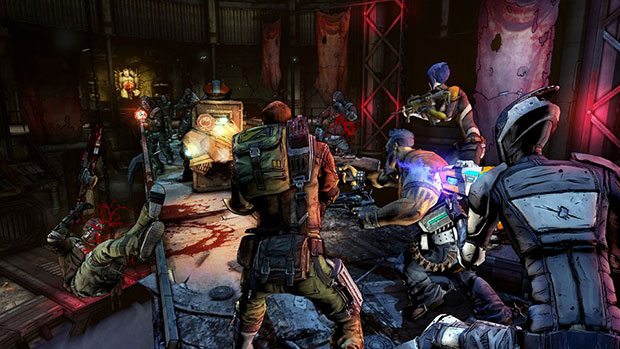 Gearbox Software has been quiet about the Borderlands 2 expansions that are scheduled to arrive in the following months. However, it appears that some data-mining of the Mechromancer DLC has found clues about what to expect from at least one of the expansions.

“Legends speak of Captain Blade’s Lost Treasure of the Sands. Of a prize so great, that men would turn the sands red in pursuit of it. Of a pirate queen, courageous and deadly, who would stop at nothing to find it. Of a monstrous Leviathan. Of the Vault Hunters who journeyed to the desert town of Oasis, not knowing the horrors that would befall them.”

We’ll have to see if this pans out to an official announcement from Gearbox, but the new Mechromancer character just arrived on Xbox 360, PlayStation 3, and PC if you need something to liven up your adventure in Borderlands 2.