Borderlands 2 will launch uncut in all territories 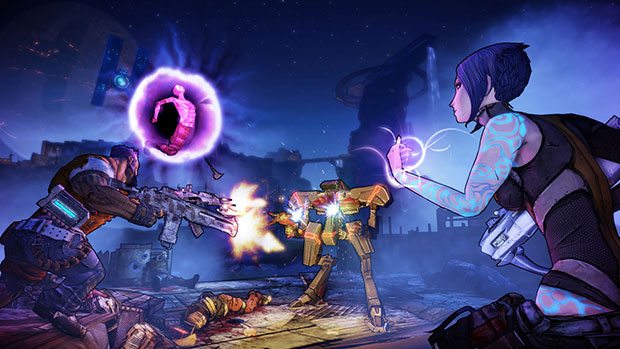 Borderlands 2 will launch worldwide with the developer’s vision for the game completely intact, according to a recent announcement from Gearbox Software. If you’ll recall the 2009 release of the original game, Borderlands needed to be “toned down” in some aspects for release in certain territories.

“Bandits will be just as likely to explode into bloddy chunks of awesomeness in Germany or Australia as they will be in Canada or England,” said Gearbox. Gearbox has implemented a “Gore Toggle Option” in Borderlands 2, this feature allows players to tone down the level of gore with the flick of a switch.

The release date for Borderlands 2 is rapidly approaching, and according to Take Two, “pre-orders are currently the third highest of any title in Take-Two’s history, behind only Grand Theft Auto 4 and Grand Theft Auto: San Andreas.”

Borderlands 2 is set for September 18th release in North America and September 21st for the rest of the world.

Home / Game News / Borderlands 2 will launch uncut in all territories