Borderlands 2 on PS Vita, Gearbox Software would like to make it happen 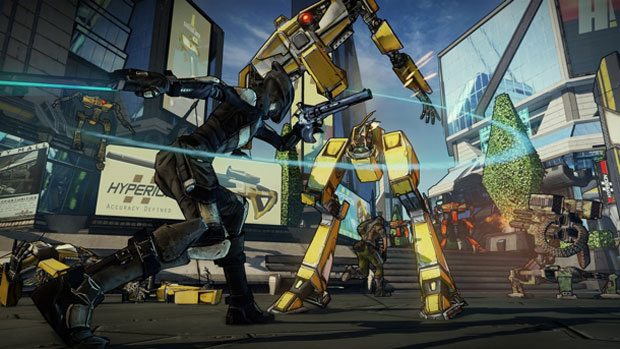 As it stands, Borderlands 2 is set to release for the Xbox 360, PlayStation 3 and PC later this year.  However, some of the things that the PS Vita is capable of are very intriguing to Gearbox Software’s head honcho, Randy Pitchford.  Pitchford believes that there aren’t any technical barriers standing in the way of a PlayStation Vita release, it’s just that the studio has too much on their plate as it is.

Mentioning cross platform play, and the ability to pick-up and play with characters you’ve created on either platform, Pitchford thinks Borderlands 2 would be a great fit for Sony’s handheld.  This weekend at Rezzed Pitchford pitched Sony on the idea of heading up development on a Vita version of the shooter.  When asked at the conference about the possibility of  Borderlands 2 on the Vita, Pitchford had this to say while speaking with an audience at the conference.

“We’re too busy to develop it ourselves. But I know there are a lot of talented developers who could take our code, our source and our content and perhaps create something like that. That would be exciting to me.”  This wasn’t the only proposition that Pitchford made to Borderlands fans at the convention.  He also revealed that no SDK would be made available for PC players of the title, but told fans that he hopes that they will still “tinker” with the game’s code to bring about mods of their own.

Home / Game News / Borderlands 2 on PS Vita, Gearbox Software would like to make it happen