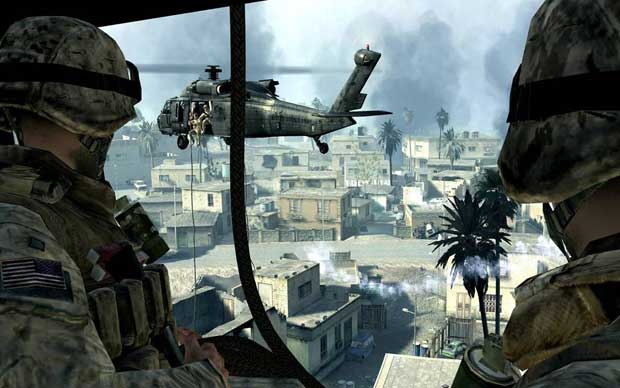 There has been a lot of hatred thrown at the Call of Duty series in recent years.  Activision’s commercial successes have been undermined by a group of gamers, and developers that criticize the series for lack of innovation.  John Carmack was one of the first developers to forge the path into the first person shooter genre, and he has an interesting perspective on all the hatred that has been thrown at games like the Call of Duty franchise and other squad based shooters.

The developer believes that people literally vote their approval with their wallets.  Stating that, “As long as people are buying it, it means they’re enjoying it”.  The developer sees the recent trend of hating these types of games ” It’s almost as if it’s popular, it’s not good.  And that’s just not true” Carmack told Industry Gamers in a recent interview.

“If they buy the next Call of Duty, it’s because they loved the last one and they want more of it,” adds Carmack. “So I am pretty down on people who take the sort of creative auteurs’ perspective. It’s like ‘Oh, we’re not being creative.’ But we’re creating value for people – that’s our job! It’s not to do something that nobody’s ever seen before. It’s to do something that people love so much they’re willing to give us money for.”

id Software is getting ready to unleash their latest work, RAGE, a post-apocalyptic shooter that definitely stands apart from the crowd.  The game is due out on October 7th and will release on Xbox 360, PS3, and PC.