The latest news in the world of video games at Attack of the Fanboy
March 1st, 2017 by Darrin Wright 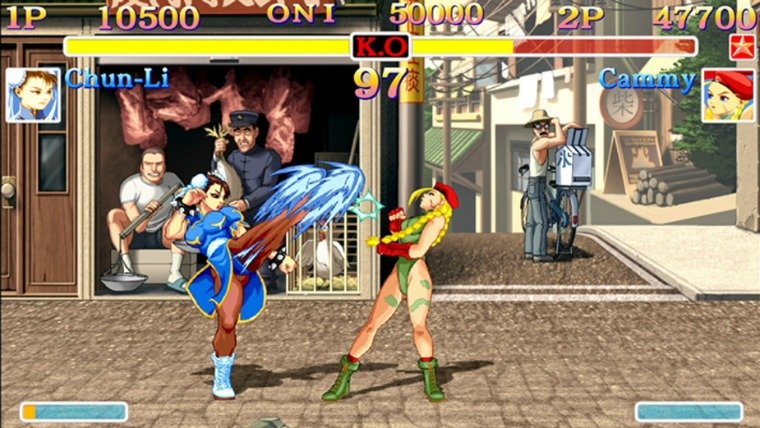 While Capcom had earlier said they would like to have Ultra Street Fighter II: The Final Challengers ready for the Nintendo Switch’s launch, it looks like they’ll miss it by more than two months. The company announced on Facebook that the game will launch in both physical and digital formats on May 26th, worldwide, for $39.99.

Ultra Street Fighter II: The Final Challengers features two different types of graphical presentation: the classic sprites from the Super Nintendo and Sega Genesis days, and the HD visuals from Super Street Fighter II Turbo HD Remix, which was released on PlayStation 3 and Xbox 360 in 2008.

Capcom says the game will also launch with Arcade, Versus and Training Modes, Online and Local Multiplayer, Dynamic Battle Mode (which allows two humans to take on one AI-controlled opponent), the first-person “Way of the Hado” Mode, Color Edit Mode, and a 250+ page digital artbook, among other goodies.

Ultra Street Fighter II: The Final Challengers is technically the fifth version of Street Fighter II released on home consoles, although for now this version seems to be exclusive to the Switch. The game has been featured prominently in Nintendo’s marketing for the new console, showing off wireless LAN multiplayer battles in recent advertisements.

The game also has two new players: Evil Ryu (who debuted in Street Fighter Alpha 2), and Violent Ken, who’s making his first appearance in this one. They’ll join Akuma and 16 others on a roster that everyone should be familiar with by now.

While this release is clearly targeted straight at gamers’ nostalgia, the new additions should be enough to at least lure in a few who may have moved away from gaming over the past couple of decades, which is probably exactly what Nintendo is banking on as well.

Do you plan on picking up Ultra Street Fighter II? Does the price hit a nice balance, or is it just too much for a game that’s too old ?