The latest news in the world of video games at Attack of the Fanboy
December 22nd, 2017 by Jelani James 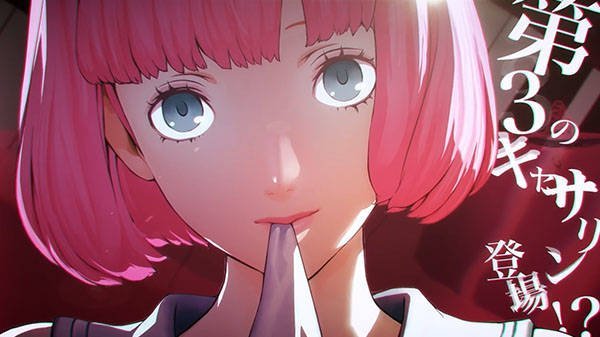 As promised, Atlus  held a livestream on Nico Nico earlier today where it unveiled the first trailer for the recently-announced Catherine: Full Body for the PlayStation 4 and PlayStation Vita.

The new trailer offers a look at a variety of the game’s facets, such as key characters and gameplay. It also revealed a tentative Winter 2018 release date.

Catherine: Full Body is a remake of 2011’s Catherine, which earned the praise of many due to its challenging gameplay and unique approach towards sex and adult relationships. As a remake, Full Body will add a variety of new features both in terms of story and gameplay, with the most notable among them being a new love interest named Rin (voiced by Aya Hirano), whose introduction effectively transforms protagonist Vincent’s already complicated love triangle into a catastrophic love square.

In addition, the two heroines of the original game, Catherine and Katherine, both will receive new scenes and events.

On the gameplay side of things, Full Body will include a new multiplayer mode to accommodate the many who turned the game’s puzzles into a legitimate competitive event.

If you want to learn more about Catherine, then check out our review here or visit the game’s official website.

Check out the trailer below (be sure to watch the WHOLE video):