The perks Mason, look at the perks.

It looks like Treyarch is going to be going back to the systems familiar to the Black Ops series for Call of Duty: Black Ops IIII.  Where Sledgehammer Games made considerable changes to loadouts and added the Divisions system, it does not appear that this year’s Call of Duty multiplayer will use them.

Heading into the big mid-May reveal for Call of Duty: Black Ops IIII, Treyarch has been quietly teasing fans with tidbits of information.  Just a few days ago the developer made a tweet that referenced the Pick 10 system that they made popular in Call of Duty: Black Ops II.  The system allows players to mix and match any 10 customization options for their character.  It led to a very large number of possible loadout options in Black Ops 2 multiplayer, and a wide variety of different gameplay styles.

Today Treyarch has alluded to traditional perks returning for Black Ops IIII.  A tweet by the developer  showed off what appear to be four perks for the game claiming “Don’t worry, we know some people… which has its perks.” 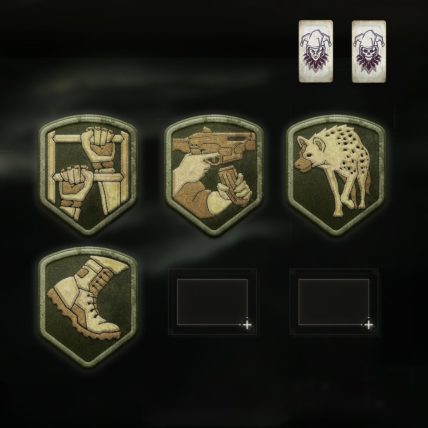 Of course, as soon as this image was released the speculation started to run rampant.  The first perk looks like a climbing perk, which has led many to assume that this Call of Duty game will follow suit with World War 2 and be boots on the ground.  This has not yet been confirmed or denied at this point, but the revert back to traditional multiplayer gameplay in Sledgehammer’s 2017 release seems to have worked out for them and it wouldn’t be surprising if Treyarch did the same.

The other perks are up for debate.  It appears to be Sleight of Hand for the emblem showing the reload. The Hyena could be a symbol for the Scavenger Perk.  The boot could be Lightweight or Marathon.

Sledgehammer’s system was quite different than previous Call of Duty games and rebuilt specifically for WW2.  There are likely plenty of Call of Duty fans that are happy to see the return of this more familiar system, though Sledgehammer’s fit very well within the World War 2 theme.

People are also examining these images looking for clues regarding the time period for Black Ops IIII.  This is another one of the mysteries that surrounds the game.  The series has spanned a massive timeline and which era this game will be set in anyone’s guess. It’s hard to make any real guesses with the perks that have been revealed in the image above.

Black Ops 4 has been a hotbed for rumors at this point.  Earlier it was reported that Treyarch would be ditching the single player campaign for the game.  That report was then followed up with another that said there may be a Battle Royale mode in Black Ops 4.  With the popularity of the series, it’s not uncommon for so many rumors to be flying around ahead of the game’s reveal.

It’s hard to tell if all of these questions will be answered later this month when Treyarch presents Call of Duty: Black Ops IIII during a reveal event in Los Angeles on May 17th, but you’ll need to tune in to find out.