The latest news in the world of video games at Attack of the Fanboy
August 12th, 2015 by Dean James 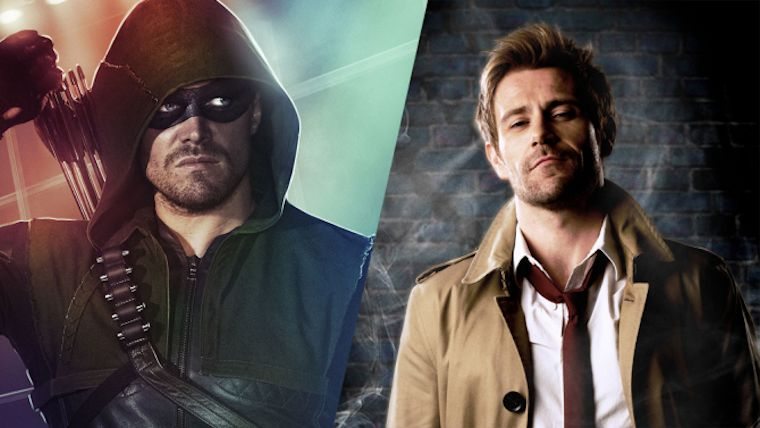 Arrow is only a couple months away from jumping into its fourth season on the CW and plenty of new additions have been announced thus far, like Mr. Terrific and Anarky among them. Even more exciting is the announcement that a familiar DCTV face will be showing up this season.

Constantine debuted last fall on NBC and did not receive a back order beyond the initial 13, but there was still hope for a renewal. However, those hopes were dashed back in May when NBC cancelled the series and no one else chose to pick up the series.

The great news for fans of Matt Ryan’s take on Constantine is that he will in fact live beyond the initial series with an appearance in season 4 of Arrow, according to TVLine. Previously, the character was not specifically stated to be in the Arrowverse, due to being on NBC, but there was also talk about a potential crossover.

The news of Constantine showing up on Arrow came at the Television Critics Association summer press tour where CW President Mark Pedowitz described Constantine’s appearance as a “great one-shot episode.”

It sounds like Constantine’s appearance will be involved with the resurrection of Caity Lotz’s Sara Lance, which we already knew was coming courtesy of her upcoming starring status in DC’s Legends of Tomorrow.

Look for Matt Ryan back in the trenchcoat again as Constantine in the 5th episode of the upcoming fourth season of Arrow, which returns on October 7.