See how creativity kills in Dishonored 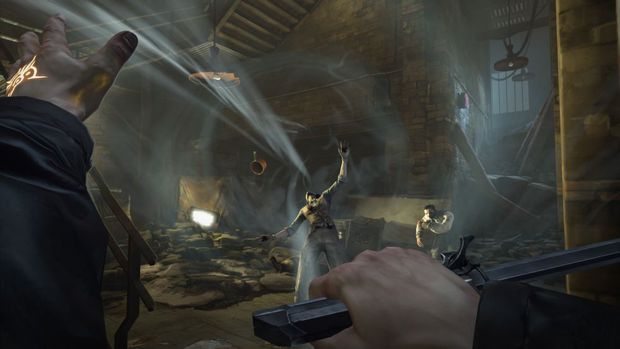 There are countless aspects of Bethesda and Arkane Studios’ upcoming stealth-action title Dishonored that have us extremely excited, and it quickly became one of out most anticipated games of the year when we previewed it back at E3. In addition to a captivating environment and a slick combat system focused heavily on the element of player choice, Dishonored is primed to enable an unprecedented level of creativity in the way you approach missions and take out enemies.

Bethesda recently released a video detailing the extent of such ingenuity, offering just a few of the many options players will have at their disposal with Dishonored come October. The “Death by Rat” gameplay shows protagonist Corvo summoning a swarm of rats, attaching Spring Razor to one of them, possessing it and positioning it amidst a group of guards, and then transferring out of the rat’s body and subsequently triggering the explosion.

While the “Reversal of Fortune” demo displays how players will be able to turn the security measures and weapons of the Dunwall guards into an advantage, the “Friendly Fire” bit has got to be the coolest of the three. The short gameplay shows Corvo bending time to avoid a bullet of a guard, possessing the guard, and then placing him in front of his own shot. The player then tansfers out of the guard’s body, reverts the time to normal and watches the bloody result. It looks as awesome as it sounds.

Watch the video below featuring just a few of the ways you’ll be able to eliminate your enemies using the flexible combat system of Dishonored: