David Jaffe weighs in on God of War: Ascension 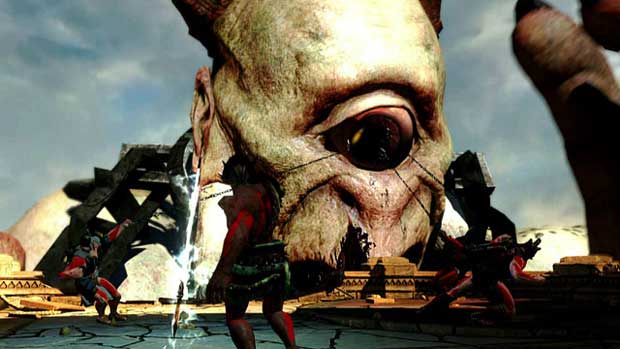 God of War hasn’t seen many changes to its successful formula over the years, aside from getting upgrades in the visuals department.  That’s not to say that Sony Santa Monica hadn’t been kicking around ideas about new additions for some time.  As early as pre-production of God of War III, the developer had been looking into expanding the God of War universe.  With Ascension, it’s multiplayer was a no-brainer and was revealed to fans and journalists just a few days ago.

There’s been a mostly positive response to the additional features that’ll arrive with God of War: Ascension.  Even David Jaffe has given God of War: Ascension’s multiplayer the thumbs up approval.  “I think it looks cool,” Jaffe told IGN in a recent interview.  “It looks like another great, impeccably executed Sony Santa Monica game.”

While the response has been mostly positive from fans, there have been a vocal minority who see the change as uncessary.  They worry that too many resources will go to the inclusion of multiplayer, detracting from the single player experience.  “Sony Santa Monica really hasn’t done anything ever to let people down as game developers,” Jaffe said.  “If it turns out to be the case that the single player is watered down because of it, then I think they have some justification.  But I don’t see any evidence of that, and I don’t see evidence of that based on the team they are.”

God of War: Ascension is due out in 2013, exclusively for the PlayStation 3.