The latest news in the world of video games at Attack of the Fanboy
December 14th, 2016 by Kyle Hanson 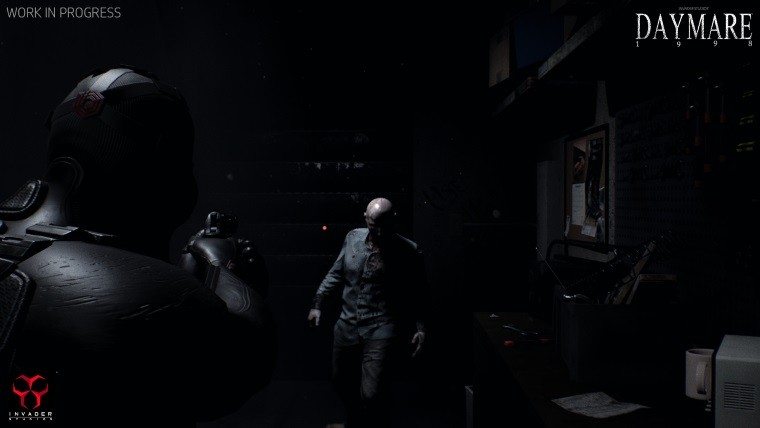 Fans of classic 90’s style survival horror have been a bit abandoned by the gaming industry as of late. Sure, some games try to bring back that magic, but few succeed, often devolving into action fluff, or missing a lot of the key elements that made the genre so beloved. The team at Invader Studios seem to get it though, as they were the ones that brought us the very well received Resident Evil 2 fan remake, titled Resident Evil 2: Reborn. Now they’re coming out with a fully original title, and it’s looking like it might have that magic spark that fans have been looking for. Check out the first gameplay trailer for Daymare: 1998 below.

The game appears to be totally original, and yet it wears its inspirations like a banner for all to see. Featuring the creepy atmosphere of the original Resident Evil games, the gameplay is more polished, like RE4. You appear to be low on ammo, always checking to make sure you have more for what may lie in wait around the next corner, and there are even bloody, crumpled pieces of paper to read.

Classic survival horror is definitely making a comeback, though we’ll see how a lot of the projects pan out. Resident Evil 7 itself seems to be hitting a lot of the elements that fans have felt lacking in more recent entries. Daymare: 1998 will be hitting Kickstarter soon, so check back for that.