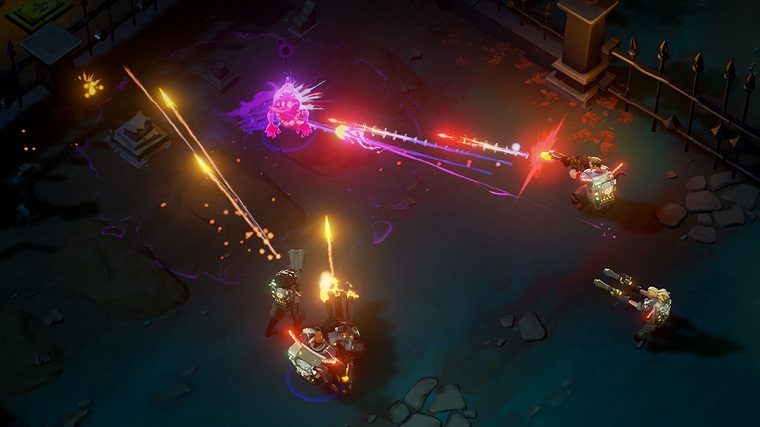 While many people are aware of the new Ghostbusters reboot releasing later this month, there is also a video game coming out. The ESRB has rated the game and it tells us a few new things you can expect to see and do.

The Ghostbusters video game has been rated E for everyone over the age of 10. The content descriptor says: Comic Mischief and Fantasy Violence.

The rating summary says: “This is an action game in which players assume the roles of new Ghostbuster recruits attempting to save Manhattan from ghostly forces. From a top-down perspective, players move characters through several levels while zapping and trapping a variety of ghosts and ghouls. Players use gun-like weapon to shoot fantastical enemies (e.g., flying books, banshees, zombie-like ghouls) in frenetic combat. Players can also use their proton packs to trap ghosts, stun/smash them on the ground, and then lower them into traps. Several enemies emit large amounts of slime that can cover the Ghostbusters, and one boss character vomits large jets of green slime.”

It’s worth mentioning this game does not allow you to play as any of the characters/stars from the new movie. You are just playing as new recruits. Are you looking forward to the game or movie?