The latest news in the world of video games at Attack of the Fanboy
August 23rd, 2011 by William Schwartz 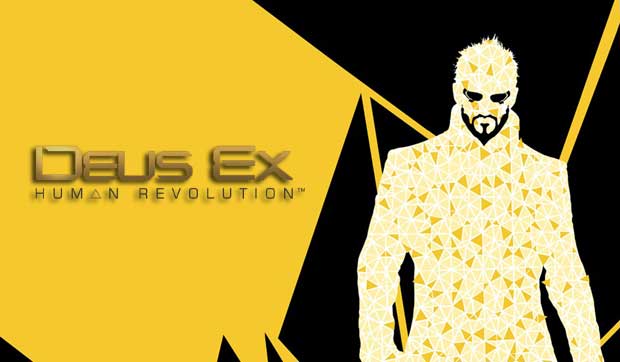 Earlier today Deus Ex: Human Revolution officially launched.  The franchise which has been on hiatus for quite some time appears to be a critical success for Square Enix and Eidos.  Across all platforms the game is scoring quite well on the metacritic scoring system.  The game is currently sitting pretty with an overall score of 89 on Xbox 360, PS3, and PC.

With many site singing its praises as being one of the best games of the year so far, here are some of the most and least favorable reviews.

1UP – It’s rare that I play a game that doesn’t just let me play the way I like, but actually showers me with prizes for doing so, and I love it.   A/A

Ripten – If you’re one of the masses yearning for substance in the sea of carbon copy shooters and spy thrillers, stop what you’re doing– this is the game you’ve been waiting for all these years.  Let this pass, and you’ll miss out on one of the defining games of the current generation.  Don’t say I didn’t warn you.

Destructoid – Human Revolution provides a level of quality that only the most adamant cynic could fail to be impressed by. More importantly, it is everything a fan of Deus Ex could want in a game. 9.5/10

Gematsu – Eidos Montreal spent four long years working to the bone to put this out, and it’s no secret that it’s a hit. Whether you’re a fan of shooters, role-playing games, sci-fi, conspiracies, or the color gold (that last one was a joke), Deus Ex is for you. 9/10

IGN – It’s a visionary, considered piece of work, and while my thoughts drift to the things that could have been and the compromises made due to the possibilities of video games in 2011, they’re just as quick to consider playing through it again.  9/10

Game Informer – The problematic gunplay and annoying stealth takedown mechanics keep the game from greatness, but if played a certain way, Human Revolution captures the spirit of its predecessors and can be a blast. 8.5/10

Giant Bomb – It has its issues, but its the world, the setting, and the story that make Human Revolution great. These aspects of the game are so solid that I happily waded through the game’s low points in search of the next hackable terminal or other flavor-filled bit of dialogue or text.  4/5

Attack of the Fanboy – Pushed on by a concept that is ambitious in this day and age of cookie cutter first person shooters, Deus Ex manages to shine because of its differences rather than its simliarities.  “Liked”