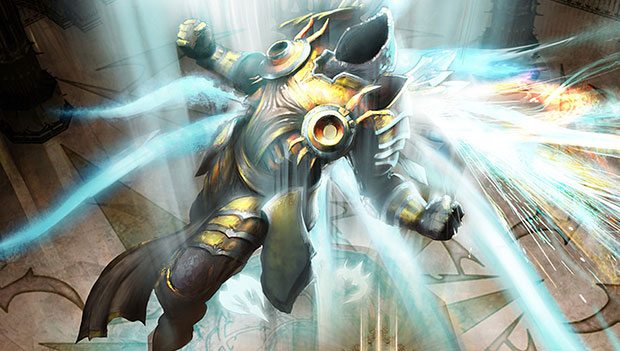 Dueling has finally arrived for Diablo III players looking to get some PvP action to go alongside their loot grinding adventures. Blizzard has released the preliminary PTR patch notes for update 1.0.7, and says that there will be further changes in the future.

To check out the new PvP feature, you’ll need to head to New Tristram and speak with Nek the Brawler to access the PvP zone. Speaking with the NPC will transport you and your party to the Scorched Chapel, a new zone that was made specifically for the mode. The new zone features custom geometry, and contains four areas within: the church, graveyard, river, and lake. It supports 2-4 players in a free-for-all format.

Dueling isn’t the only addition that’s been made to the PTR. You’ll find changes to many facets of Diablo III have been incorporated in this latest update, which range from auction house tweaks to interface and bug fixes. You can find the full preliminary patch notes below:

New Feature: Dueling
For those who wish to test their mettle against fellow Nephalem, your time has come. Players will now be able to duel one another in a new zone designed specifically for this style of combat. This zone can be accessed by speaking with Nek the Brawler located at the inn in New Tristram, and supports 2 to 4 players in a Free-For-All format.